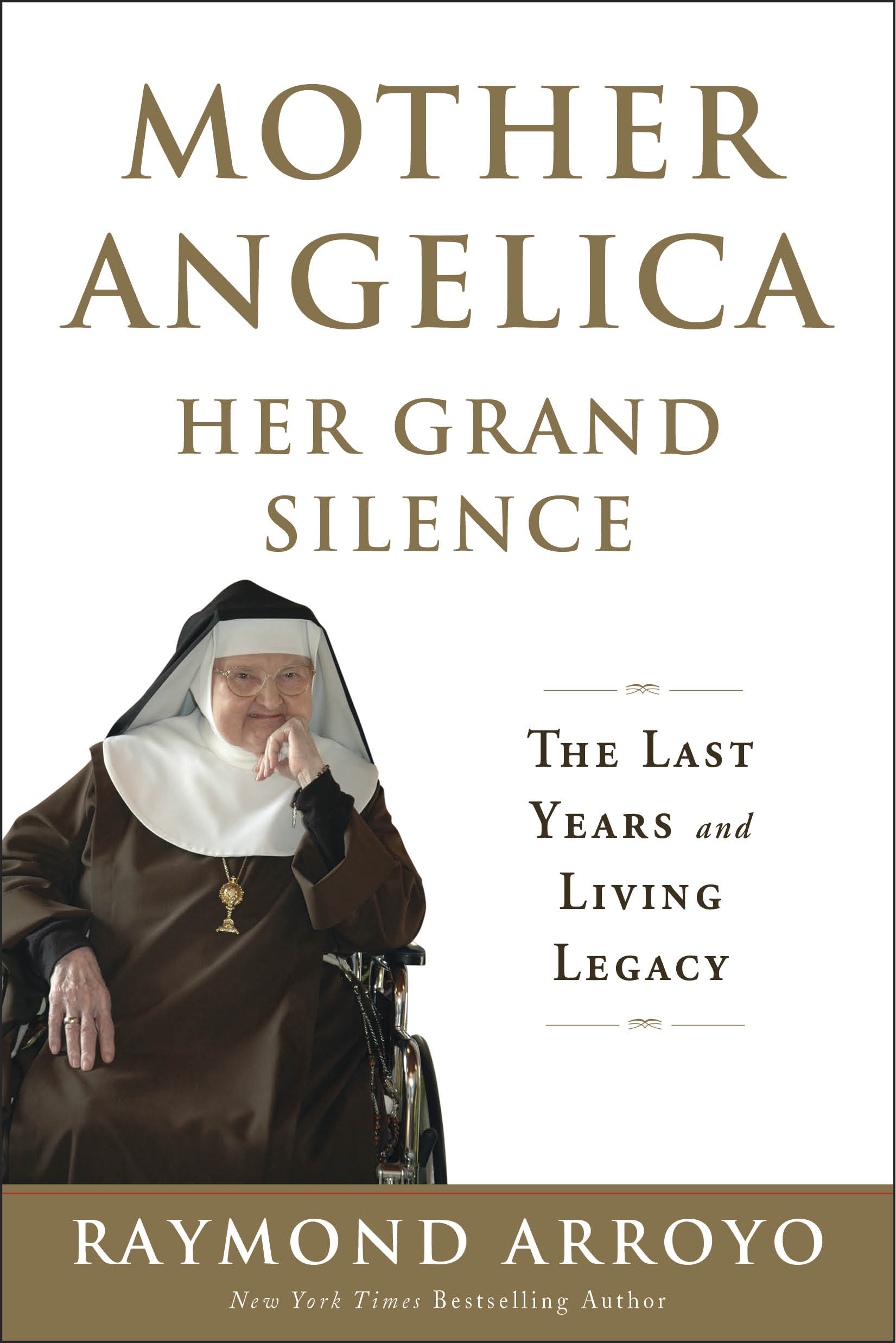 Unless you lived under a cabbage leaf for the past 30 years or so, you already know that the Mother Angelica (1923-2016) of this book’s title was the founder of the Eternal Word Television Network. As such, she became the first Catholic media personality to garner the attention of the public in anywhere near the numbers racked up by the late, much-admired Archbishop Fulton Sheen in the mid-20th century.

Journalist and EWTN news editor Raymond Arroyo wrote two earlier biographical books about Mother Angelica, so this one about her last years makes it a trilogy.

Fans of Mother Angelica and EWTN will be taken with this book as they were with the earlier volumes, to the point that both became New York Times best-sellers. Readers should keep in mind, however, that Arroyo is a journalist and biographer, albeit also a sincere Catholic, but he is not a theologian. Indeed, his academic background is in drama, so readers may want to take his theological evaluations and opinions as subject to some revision.

To his credit, Arroyo sidesteps any inclination to canonize Mother Angelica or portray her as nearly perfect. During his many interviews with the nun, he remarks, “she could be explosive, hilarious, conspiratorial, and holy — at times all at once.” The Mother Angelica of most of this book suffered strokes, is confined to her bed and can no longer speak; early on she speaks with a slur, later she speaks not at all. The book recounts the famous nun’s frustrations, conflicts over who would succeed her after her death and convent political maneuverings over who would lead various new foundations.

In the end, Arroyo’s theology, and probably the theology of Mother Angelica herself, presents a God who makes plans for individuals that include pain and anguish.

“She suffered throughout her life,” he writes, “but never more than during those last 15 years. The loss of speech, the relinquishing of her will and self-mastery, was a supreme sacrifice. Yet even in her confusion, she accepted the indignities, the embarrassments, and the weakness of her condition as part of God’s plan — his will for her.”

A more sophisticated commentary might have suggested a theology that presents suffering as part of the mystery of human existence. From this perspective, faith accepts suffering without viewing it as sent directly by God to the individual, in this case Mother Angelica.

Finley is the author of more than 30 books on Catholic themes, including “What Faith is Not” (Sheed & Ward) and a best-seller, “The Rosary Handbook: A Guide for Newcomers, Old-Timers, and Those in Between” (Word Among Us Press).