MESA — The Holy Spirit poured out extra gifts for the Diocese of Phoenix on Pentecost weekend: three new priests.

Bishop Thomas J. Olmsted ordained Fr. Daniel Cruz, Fr. Athansius Fornwalt, FHS, and Fr. Timothy Seavey to the priesthood June 3. Family, friends and parishioners of both their home parishes and those they will serve as well as people who have prayerfully and financially supported their formation in seminary, comfortably filled All Saints Parish for the occasion.

The pew paparazzi was in full force as the ordinands entered the church and processed toward the altar. Some, like the Franciscan Sisters of Charity who serve the Gila River Indian Reservation and parishioners from its area missions, had extra reason to capture special moments from the Mass.

Fr. Athanasius is the first to be ordained a Franciscan Friar of the Holy Spirit and will serve among them. Five of his fellow founders of the order were already priests and incardinated into the diocese when it was established nearly a year ago.

With a gray hood under his vestment and sandals on his feet, it was easy to tell which ordinand was the Franciscan. Priesthood goes far beyond a particular type of vestment however. It’s about carrying out publicly, the work of Jesus Christ as teacher, priest and shepherd.

“Let the holiness of your lives be a delightful fragrance to Christ’s faithful so that, by word and example, you may build up the house which is God’s Church,” Bishop Olmsted told the soon-to-be priests.

His homily offered concrete ways to build up the Church in modern times. Staying close and compassionate so as to share in someone’s suffering is paramount as is stamping out sinfulness through counseling and the confessional.

Bishop Olmsted called it “God’s grace and loving plan” that the people of God will now call each new priest “Father.” “Let this new title remind you each day that the Lord Jesus is calling you to see with the eyes of your body and the eyes of your soul the suffering of children,” the bishop said. 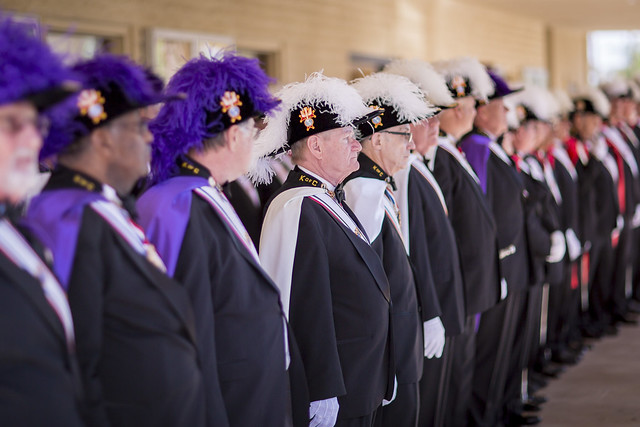 He referred to children of all ages, but especially those wounded by a “no-fault divorce society” and post-abortive women. Suffering extends to anyone with unconfessed sins.

“The wounds of the soul and of the psyche continue to fester,” the bishop said. “But, as soon as we confess our sins, mercy liberates, grace brings healing and joy springs up anew, not a joy devoid of suffering, but found in union with suffering.”

Forgiving sins is one of the first things newly ordained priests do. And freshmen priests generally don’t need the reminder, but Bishop Olmsted advised them to carry out every aspect of their ministry with constant joy and genuine love.

That will come naturally for Fr. Cruz, said Robert Mares, a longtime family friend. “You never see him without a smile.”

His mother, Frances Cruz, said her only son has a personality that will draw people to Christ.

“The love he has for the people — he’s always had that in him,” she said. It was fitting then, that she pointed first to the beauty and peace the people of God brought to the ordination Mass.

“You could feel all the love in there,” Frances said.

The crowds prayed over the young men as they lay prostrate in front of the altar during the litany of the saints. They waited quietly and patiently as both bishops and dozens of priests laid their hands on each young man in a silent prayer of ordination. That moment brought Fr. Athanasius’s mother to tears. She has a son and daughter of her own, but feels like all of the priests are her sons now.

“I am so joyous today,” she said. “I am excited about the change he’s going to make in people’s lives. He takes no glory for it. He gives all the glory to God,” she explained.

She treasured the bishop’s words in helping laity understand the commitment of every priest. She described her son as humble, compassionate and easy to talk to.

“It helps with the youth in the parish to know they can talk to a priest. When a young priest is approachable, it makes all the difference in the world,” Seavey said.

As for the men of the hour, the new priests made it pretty clear they were wholly dedicated to the Church.

“We physically and spiritually lay down our lives. We were as humble as we could possibly be in front of the Lord,” Fr. Seavey said about the moment of prostration. He likened it somewhat to the Scripture of Ash Wednesday liturgies — from dust to dust — and remembered that as the ordinands died to themselves on that cool church floor, they became something anew: Christ for others.

“I’m very excited to say Mass and hear confessions because I couldn’t do that before. Those are the two things I want to lay my life down for right now,” Fr. Athanasius said. In a matter of hours, he got to offer both.

Fr. Cruz used similar wording. “I’m here for them. I will gladly lay down my life for them,” he said. He’s eager to journey through life with the faithful and not-so-faithful while showing a father’s eternal compassion to both.

The trio of priests found themselves in awe during the Liturgy of the Eucharist. They’ve spent years serving at the altar in various ways, but this time was markedly different.

He found it a special moment invoking the names of some of the saints. Remembering that it’s the same Mass that’s been offered since the Last Supper and since Calvary, made it even more special.

The priests shared the prayers of consecration and helped distribute Communion to the Masses. By the time Bishop Olmsted offered a few closing remarks and the long procession outdoors neared its end, applause, cheers and smiles filled the entire Church. It was a weekend to celebrate the gifts of the Holy Spirit and the diocese’s newest priests will multiply them all throughout their ministry.

“The graces of holy orders are real. It’s so amazing,” Fr. Cruz said.