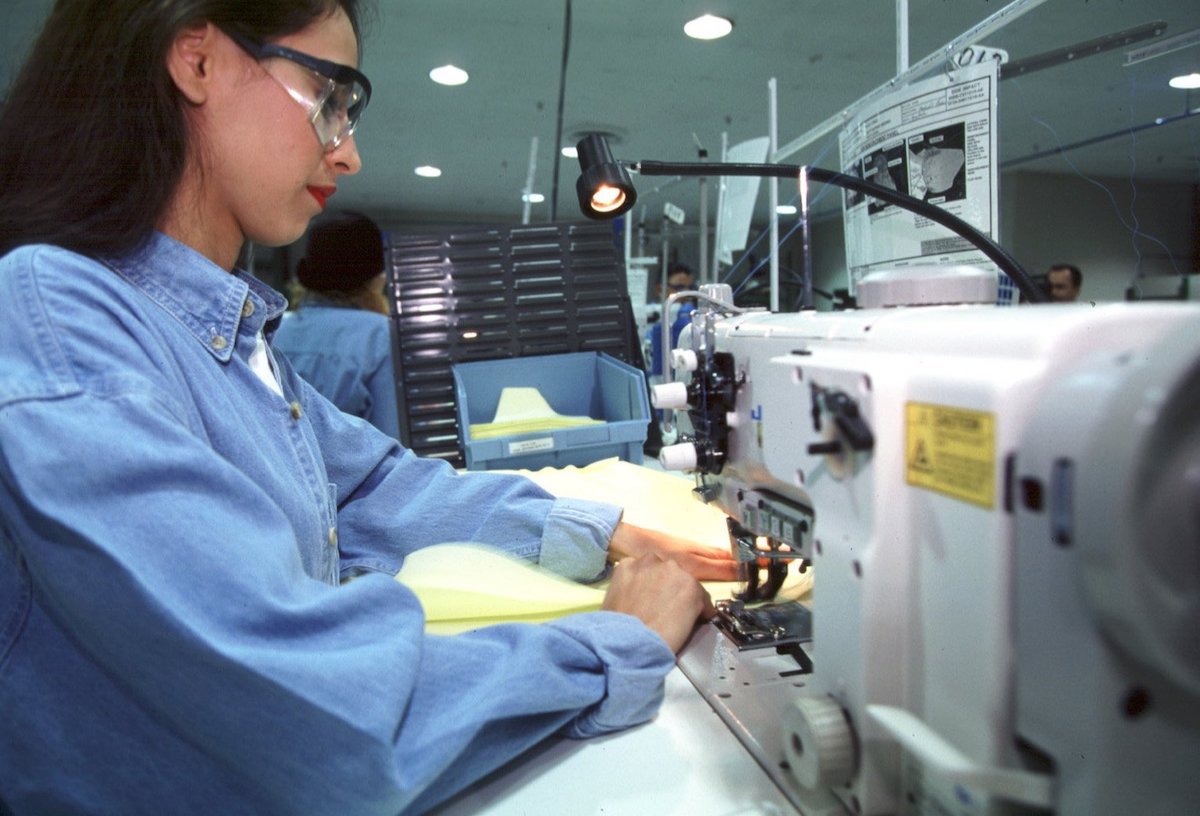 WASHINGTON (CNS) — If you thought the kinds of jobs where immigrant workers were subject to wage theft were along the lines of car washing, farm labor and food service, think again.

A study issued Dec. 9 by the Economic Policy Institute shows that even in the tech sector, immigrants are paid less than their U.S. counterparts, though federal law says that’s not supposed to happen.

The practice has a domino effect. The law says immigrant labor is meant only to augment, not replace, American workers. But because the multinational companies that bring over tech-skilled immigrant workers have been getting away with paying them less, U.S. workers making more get pink-slipped. The lower wages then set a new, lower bar for work in the sector.

“We estimate that HCL (one firm that specializes in bringing in immigrant tech workers) is saving at least $95 million per year by illegally underpaying its H-1B employees,” said the study, noting the kind of immigrant visa used in the tech sector. “That’s $95 million in stolen wages from H-1B workers every year — white-collar wage theft on a grand scale — which has been facilitated by negligent labor standards enforcement in the H-1B program.”

You may not have heard of HCL. “HCL is not a small outsourcing firm. It is India’s third-largest IT outsourcing firm, generating 63% of its $11 billion in revenue in the United States,” said the 34-page study. “New Evidence of Widespread Wage Theft in the H-1B Visa Program.”

The Economic Policy Institute study estimated the wage theft figures based on a 2015 document that showed how HCL works the system to its advantage and whose workers “appear to be illegally underpaid.”

“According to HCL’s own calculations, the firm systematically pays H-1B workers much less than its U.S. workers — as much as 47% — contravening HCL’s attestations in its visa applications where it promises to pay the actual wage if it is higher than the prevailing wage,” the EPI study said. “In each case throughout HCL’s presentation, the percentage difference that U.S. citizens are paid more is very large, ranging from 13% to 87%.”

The H-1B program is “part of a family of abusive ‘guestworker’ programs in the United States,” said a Dec. 13 statement by Clayton Sinyai, executive director of the Catholic Labor Network.

“They are fatally flawed because the worker’s authorization to work in this country is tied to the sponsoring employer’s goodwill,” he added. “Quitting their job to seek better wages or more humane treatment from another firm is nearly impossible. Workers fear their sponsoring employer’s displeasure, making it extremely difficult for them to organize and demand fair treatment through collective action.”

If a company says it needs tech workers — four of HCL’s high-profile, high-volume clients are Accenture, Google, IBM and Microsoft — it will put out the call to an immigrant labor brokerage, like HCL. The brokerage supplies the labor. The client decides whether it wants to keep the American workers it has. Both the client and the brokerage escape U.S. scrutiny for low wages because the immigrant workforce is paid not by the client, but the brokerage.

The U.S. Department of Labor has said this arrangement is legal.

The Economic Policy Institute said it would like the Labor Department to change its stance. Absent that, it’s asked Congress to legislate a remedy.

Sometimes, the workers can take matters into their own hands.

Stephen McMurtry, a Catholic Labor Network member, is a member of the Alphabet Workers Union; Alphabet is Google’s parent company.

The union, which has more than 800 members, mounts organizing and mobilizing campaigns despite its minority status. McMurtry said Google had about 220,000 tech workers before the coronavirus pandemic — about 100,000 American full-time workers and another 120,000 that comes with their own abbreviation: “TVCs” for temps, vendors and contractors.

“Something that the union has been interested in is focusing on is pay parity,” McMurtry told Catholic News Service in a Dec. 13 phone interview. He added there’s no tension in the workplace between the groups.

“Actually, the Alphabet Workers Union is open to full-time employees and temps, vendors and contractors, so everyone’s working together for a common goal,” he said.

McMurtry pointed to one noteworthy union success in the fall.

“The people who work at the Google data centers are subcontractors. They were promised an attendance bonus. The company that they worked for, suddenly and without explanation, stopped it,” he said. “Lots of those union members who are both full-time Google employees and subcontractors, pressured Modis — the name of the subcontractor — building pressure on them. They recanted and gave everyone the attendance bonuses that were supposed to be paid.”

The $200 weekly bonus came in handy, as some of the eligible workers were making as little as $15 an hour. McMurtry added, “Workers come together from Google and the subcontract to make sure the temps and vendors are treated fairly by both parties.”

Read the full report from the Economic Policy Institute.