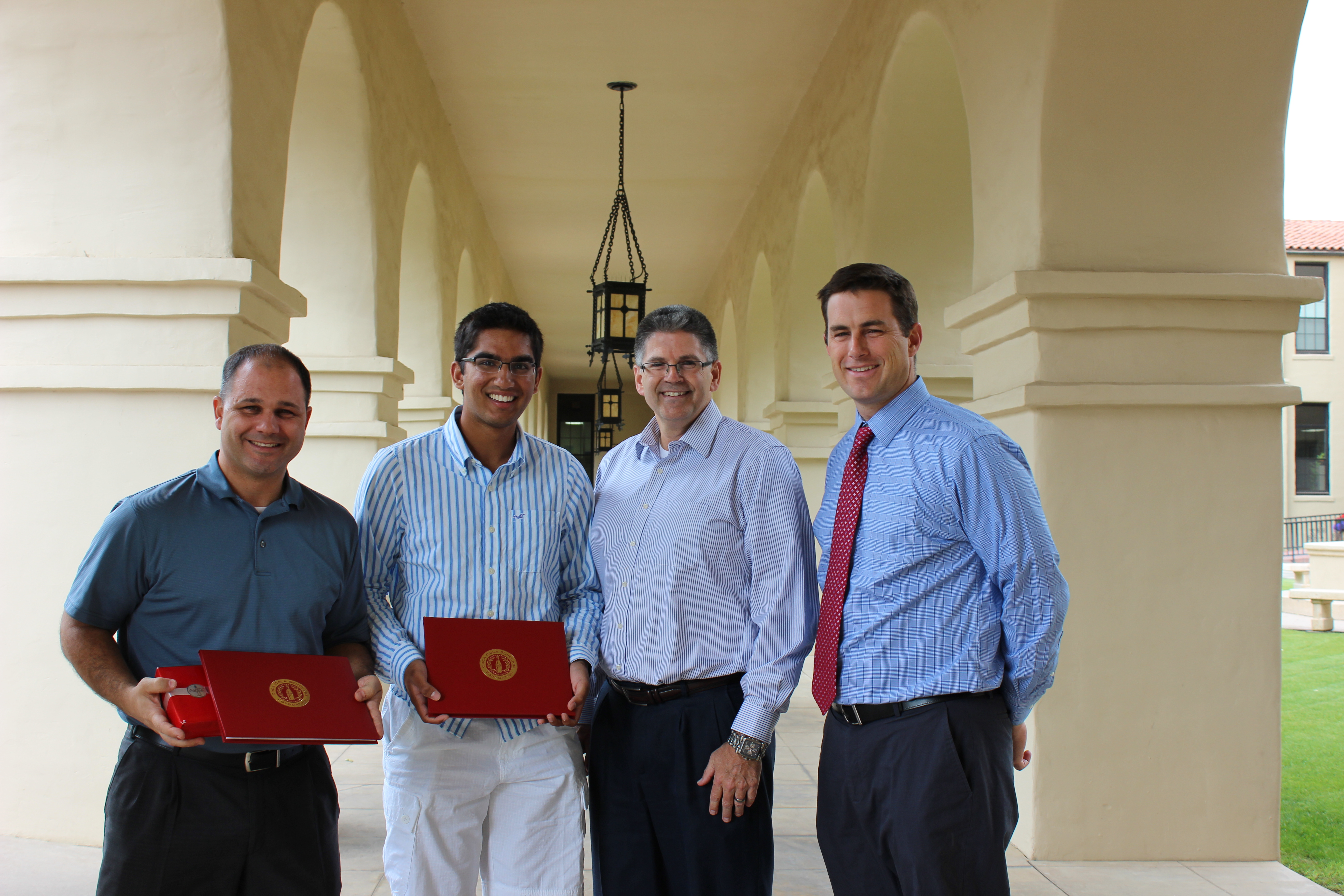 Three graduating seniors from the all-girl and all-boy Catholic high schools serving the Diocese of Phoenix are among an elite minority. Two were named a Presidential Scholar and two were selected by a national foundation that honors academic excellence, positive leadership and dedication to service.

Raj Vatsa worked hard enough during his four years at Brophy College Preparatory to be named a scholar in both categories. The U.S. Department of Education named Vatsa and Sarah Sakha from Xavier College Preparatory as one of three Presidential Scholars in Arizona.

Candidates are largely based on exceptional scores form either the SAT of the College Board or the ACT of the American College Testing Program and is by invitation only. Recipients earn a trip to Washington, D. C. in June for their medallion at a ceremony sponsored by the White House, in commemoration of their achievements.

Vatsa and Sakha were among 121 students who beat out 585 semifinalists. Both have lengthy lists of other academic achievements.

“These scholars will help move our country forward and will have a lasting impact on their families, communities, and on our society. They represent the potential of all young citizens to lift up America,” Arne Duncan, U.S. Secretary of Education said in a press release.

Among seven highlights from Vatsa’s senior year alone include being a semifinalist through the Center for Excellence in Education’s USA Biology Olympiad, high honors from Massachusetts Institute of Technology Research Science Institute and co-earning the senior division grand award from the Arizona Science and Engineering Fair with Xavier senior Claire Woodrow. The pair advanced to the international competition in Los Angeles this week. Vatsa will attend Harvard.

As part of the Presidential Scholar recognition, Vatsa included the name of an influential teacher. He selected Cheryl Lenox, who teaches science. Sakha selected Gabriele Reil, head of Xavier’s science department and advanced placement teacher, who was also recently awarded the Girl Scout Thanks Badge — the highest honor possible for an adult.

Sakha is headed to Princeton University. While at Xavier, she carried a 4.578 grade point average and was named a Flinn scholar — but declined in lieu of Princeton — and a National Merit Scholar. She has won several state and national awards for her work in microbiology. Sakha also led Xavier’s student newspaper and National Honor Society.

A soft drink company selected Vatsa and Xavier’s Sophia Wix as Coca-Cola scholars. The company whittled their selection from 100,000 applications and 2,100 semifinalists.

The scholars also submitted the names of their most influential teacher. Vatsa identified Paul Fisko, a religious studies teacher, as his mentor. They discussed modern religion and served together in Guatemala.

“Your boundless compassion and encouragement have shaped me and helped me to discover the person I want to be in the future,” Vatsa wrote.

Wix, the soon-to-be Xavier graduate, identified DeeDee Macrina, dean, as her mentor. Wix was a semi-finalist in the National Merit Scholarship competition. Wix’s achievements as student body president earned her a 4A-5A Female Scholar Activity Award through the Arizona Interscholastic Association. Her principal, Sr. Joan Fitzgerald, BVM, was named the organization’s “Pursuing Victory With Honor” Administrator of the Year.