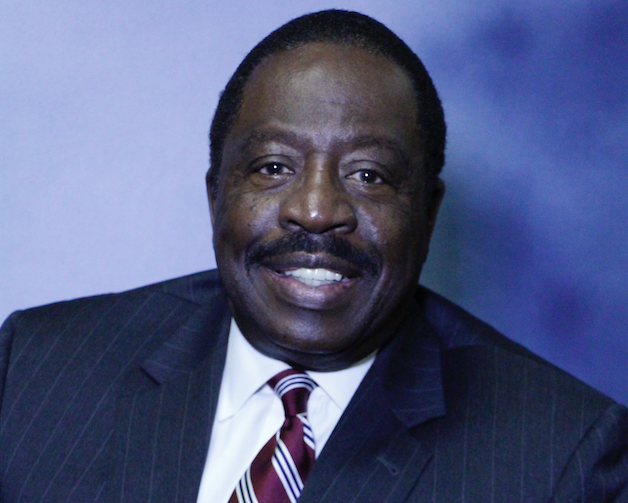 A Catholic convert with deep roots in corporate law and business advisory services now stands at the helm of the diocesan Office of Black Catholic Ministry for the Diocese of Phoenix.

Dr. Robert Watson, Jr., took over the position earlier this year just prior to the monthly Unity Mass and the annual Martin Luther King, Jr., Mass, which his office coordinates. Watson, a parishioner at St. Mary’s Basilica and member of both the Omega Psi Phi Fraternity and Sigma Pi Phi (“Boule”) — both largely African-American fraternities — fills the vacancy left by the retiring Kit Marshall.

“I believe it is important for Black Catholics to get together to share cultural and religious experiences,” Watson said. “I’ll be making every effort through personal relationships and social media to contact Black Catholics to keep them informed of ongoing activities within the diocese that may be of interest to them.”

Dr. Watson spent much of the early 2000s in Texas as a corporate lawyer and a semester as an adjunct professor for business graduate students. He also spent a year in Philadelphia.

Watson returned to Phoenix last year — after becoming Catholic, joining the Knights of Peter Claver, a fraternal organization for Black Catholics, and supporting an array of liturgical ministries. The sparseness of Black Catholics bothered him, especially when he noticed them converge for the MLK Mass.

He knows there are a lot of Black Catholics and even fallen-away Catholics in the area and is determined to reach out to them. The Office of Black Catholic Ministry supports the diocese and its mission of “Encountering the Living Christ” in service to Catholics of African descent. Regular outreach includes pastoral ministry, evangelization, culture, worship and development of leaders.

The monthly Unity Mass is organized by the Office of Black Catholic Ministry.

When: Noon, the third Sunday of each month

Activities aren’t limited to Catholics of African descent though. Watson warmly invites the general public to attend the monthly Unity Mass, too.

Auxilary Bishop Eduardo A. Nevares, director of the Office of Ethnic Ministry which oversees Black Catholic Ministry, has already met Watson and is impressed by Watson’s leadership qualities and passion.

“Possessing a civil law degree as well as a master’s in business administration, Dr. Watson brings great intellectual abilities to the Director’s position, as well as deep roots of service to the Catholic Church,” Bishop Nevares said. “He is very much interested in getting to know the local Black community that gathers for Holy Mass and for fellowship at St. Pius X Mission Church every third Sunday of each month.”