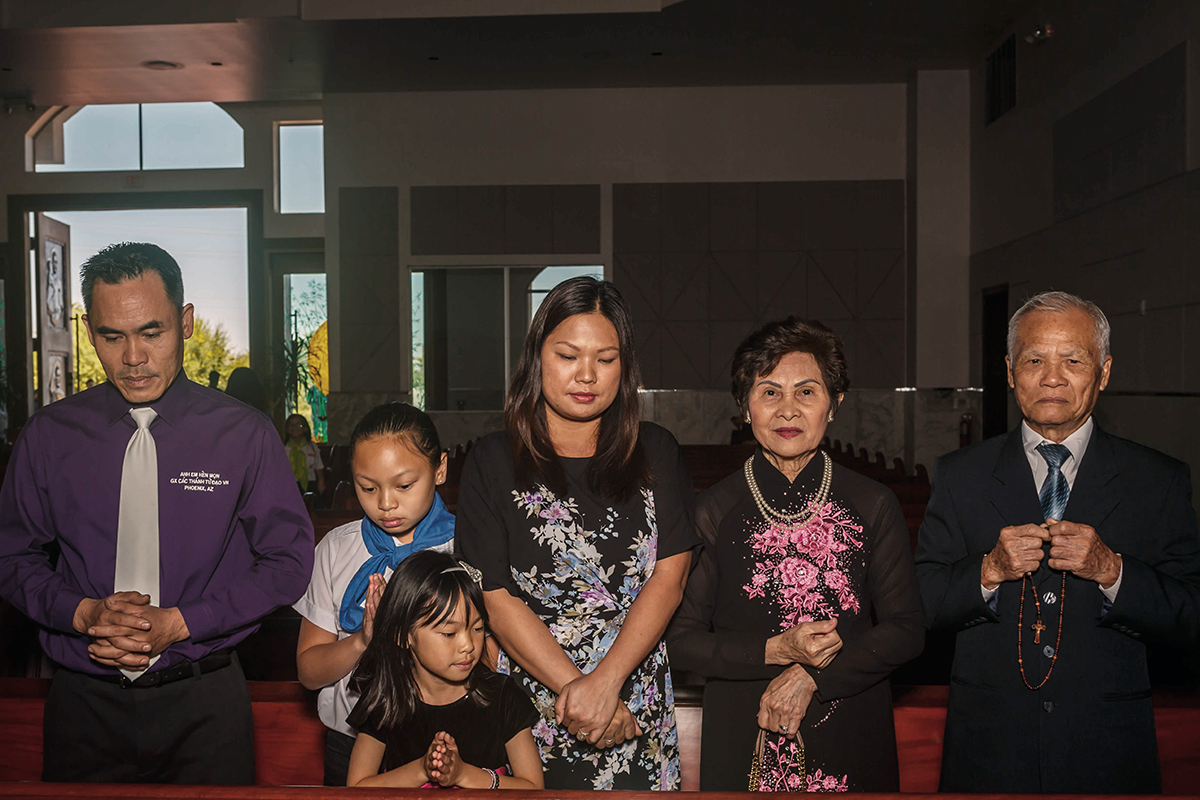 For Doan Pham, having a Catholic church where he and his wife can raise their children to maintain their Vietnamese heritage and culture is paramount.

Pham’s parents, as well as his eight brothers and sisters and their families, are all also Catholic and live near him in Phoenix, and they all enjoy worshipping together.

“For the younger generation, the kids that are born here and grow up here, they need to learn Vietnamese well so they can speak both languages,” Pham said.

Before establishing their own parish, Vietnamese Catholics only had one Mass where they could worship in their original language at Most Holy Trinity Parish. About 10 years ago, they built Vietnamese Martyrs Parish in Phoenix, and now about 1,300 people attend Mass there every weekend. There are also Vietnamese communities and Masses at St. Louis the King Parish in Glendale and Holy Spirit Parish in Tempe.

According to the Vietnamese Martyrs pastor, Dominican Father Duc Nguyen, parishioners come from throughout the area — Mesa, Gilbert, Chandler, Glendale and downtown Phoenix. There are three Masses every weekend, daily Mass, Reconciliation, religious education and Vietnamese language classes, along with weddings, funerals and special celebrations — all offered in Vietnamese.

“I think it is very important for the Vietnamese to maintain their own identity while integrating and adapting to the new ways of life in American society,” Fr. Nguyen said. “That is why we have the Vietnamese language class so they can speak Vietnamese to the older generation who don’t normally speak English. If they want to communicate with their grandparents, they have to speak in their original tongue.”

The diocese has more than 10 ethnic ministry Masses — Eritrean, Sudanese, Burmese, Filipino, Korean, Tongan, Polish, Croatian and Vietnamese, as well as Spanish language Masses in more than 50 parishes and missions throughout the diocese. Other Catholic communities in the diocese without regularly scheduled Masses include: Chinese, Indonesian, Italian, Japanese, Malayalee, Sri Lankan, Congolese and Mayan.

“Our Church is universal,” said Ignacio Rodriguez, associate director of the Office of Ethnic Ministries. “Since Phoenix seems to be the place where folks from all over the world are landing, the [diocese] recognizes this and helps them maintain not only their language, but their customs, traditions and culture that make people feel that they are not only welcomed but respected as Catholics and as brothers and sisters in Christ.”

The Charity and Development Appeal, or CDA, has committed to ethnic ministries throughout the diocese: Black Catholic Ministries is allocated $21,047 and the Hispanic Mission Office receives $177,080 and also an additional $17,689 for a televised Mass in Spanish. The Native American communities are allocated $504,280 through the appeal. The other programs within the Office of Ethnic Ministries receive $102,972.

Rodriguez said he likes to see the different ethnic communities the same way he sees the Holy Trinity — separate beings, yet all working together in unity.

“They are all functioning as one in community in love,” Rodriguez said.