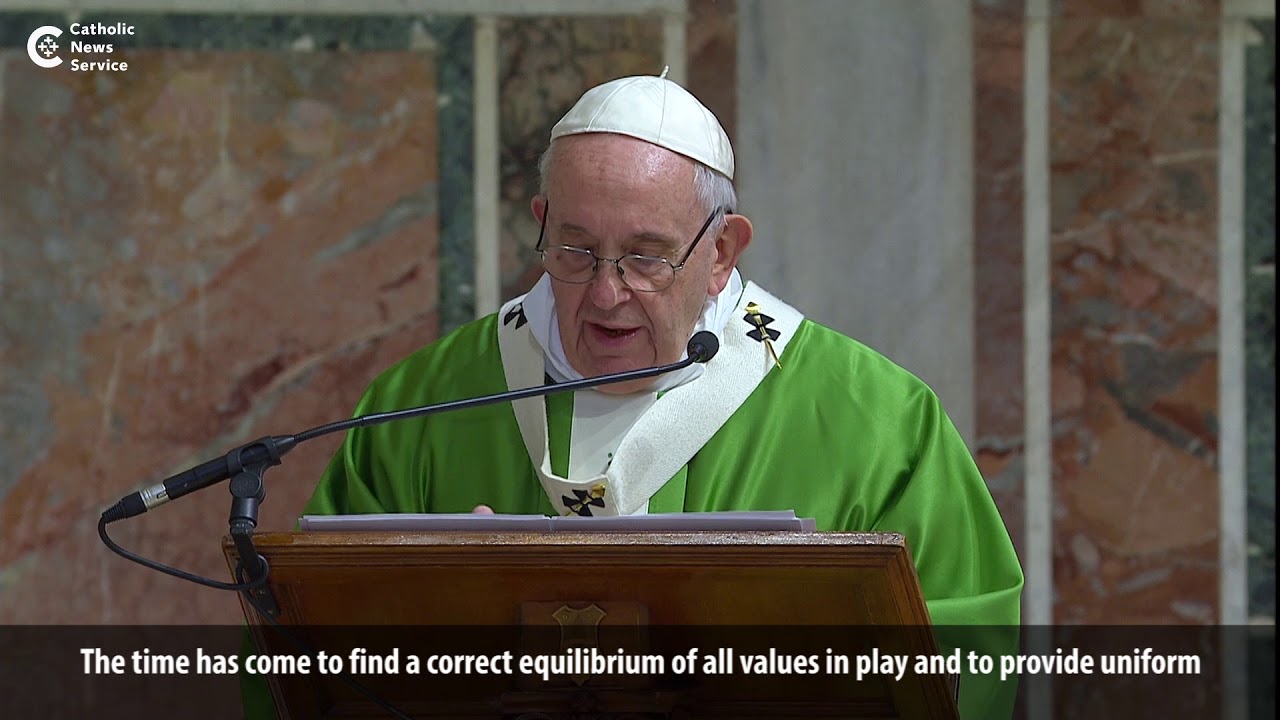 VATICAN CITY (CNS) — The time has come for an “all-out battle” against the abuse of minors, erasing this abominable crime from the face of the earth, Pope Francis said, closing a global four-day summit on child protection in the Catholic Church.

For quite some time, the world has been aware of the “serious scandal” the abuse of minors by clergy has brought to the Church and public opinion, both because of the dramatic suffering it has caused victims and because of the “unjustifiable negligence” and “cover-up” by leaders in the Church, he told people gathered in St. Peter’s Square.

Since the problem is present on every continent, the pope said he called leaders of the world’s bishops and religious superiors to Rome because “I wanted us to face it together in a co-responsible and collegial way,” he said after praying the Angelus Feb. 24.

“We listened to the voice of victims, we prayed and asked for forgiveness from God and the people hurt, we took stock of our responsibility, and our duty to bring justice through truth and to radically reject every form” of sexual abuse and the abuse of power and conscience, he said.

“We want every activity and every place in the Church to be completely safe for minors,” he said, which means taking every possible measure so that such crimes never happen again.

It will also entail working with great dedication together with people of good will everywhere in order to fight this “very grave scourge of violence” that affects hundreds of millions of minors around the world.

The pope’s noonday summary of what he called a “very important” meeting came after he delivered his closing remarks at the end of Mass Feb. 24.

Surrounded by the ornate frescoed walls and ceiling of the Sala Regia, the pope told some 190 cardinals, bishops and religious superiors from around the world, “the time has come, then, to work together to eradicate this evil from the body of our humanity by adopting every necessary measure already in force on the international level and ecclesial levels.”

However, despite the importance of knowing the sociological and psychological explanations behind this criminal act of abuse, he said, the Church must recognize this is a spiritual battle against the “brazen, aggressive, destructive” power of Satan.

“I see the hand of evil that does not spare even the innocence of the little ones. And this leads me to think of the example of Herod who, driven by fear of losing his power, ordered the slaughter of all the children of Bethlehem,” the pope said.

Just as the pagans once sacrificed children on their altars, such cruelty continues today with an “idolatrous sacrifice of children to the god of power, money, pride and arrogance,” he said.

While the majority of abused minors are victims of a person they know, most often a family member, he said, it is “all the more grave and scandalous” when a member of the Church, particularly a priest, is the perpetrator “for it is utterly incompatible” with the Church’s moral authority and ethical credibility.

“Consecrated persons, chosen by God to guide souls to salvation, let themselves be dominated by their human frailty or sickness and thus become tools of Satan,” he said.

There is no excuse for abusing children, who are an image of Jesus, he said, which is why it has become increasingly obvious “the gravest cases of abuse” must be disciplined and dealt with “civil and canonical processes.”

“Here again I would state clearly: if in the Church there should emerge even a single case of abuse — which already in itself represents an atrocity — that case will be faced with the utmost seriousness.”

In fact, he said, the Church should recognize that people’s anger over the mishandling of abuse is nothing other than a reflection of “the wrath of God, betrayed and insulted by these deceitful consecrated persons.”

“The echo of the silent cry of the little ones who, instead of finding in them fathers and spiritual guides, encountered tormentors will shake hearts dulled by hypocrisy and by power,” Pope Francis said. “It is our duty to pay close heed to this silent, choked cry.”

The Church must combat this evil, both inside and outside its walls, he said, and protect children “from ravenous wolves.”

The Catholic Church must “hear, watch over, protect and care for abused, exploited and forgotten children, wherever they are,” he said. And to do that, the Church “must rise above the ideological disputes and journalistic practices that often exploit, for various interests, the very tragedy experienced by the little ones.”

Because concrete measures will need to be adopted on a local level, the pope pointed to the work of international organizations in their “Seven Strategies for Ending Violence against Children” and guidelines and other resources produced by the Pontifical Commission for the Protection of Minors.

The Church, he said, must concentrate on the protection of children, being serious in bringing justice and healing to victims and undergoing genuine purification; proper training for priests and religious is necessary, as are strong guidelines by bishops’ conferences.

The pope urged all Catholics to help the Church be liberated “from the plague of clericalism, which is the fertile ground for all these disgraces.”

“The best results and the most effective resolution,” he said, will occur when the Church commits itself to “personal and collective conversion, the humility of learning, listening, assisting and protecting the most vulnerable.”

On behalf of the whole Church, the pope also thanked “the vast majority of priests who are not only faithful to their celibacy but spend themselves in a ministry today made even more difficult by the scandals of few — but always too many — of their confreres.”

He also thanked the faithful who recognize the goodness of their ministers and pray for and support them.

“I make a heartfelt appeal for an all-out battle against the abuse of minors both sexually and in other areas, on the part of all authorities and individuals, for we are dealing with abominable crimes that must be erased from the face of the earth,” he said.