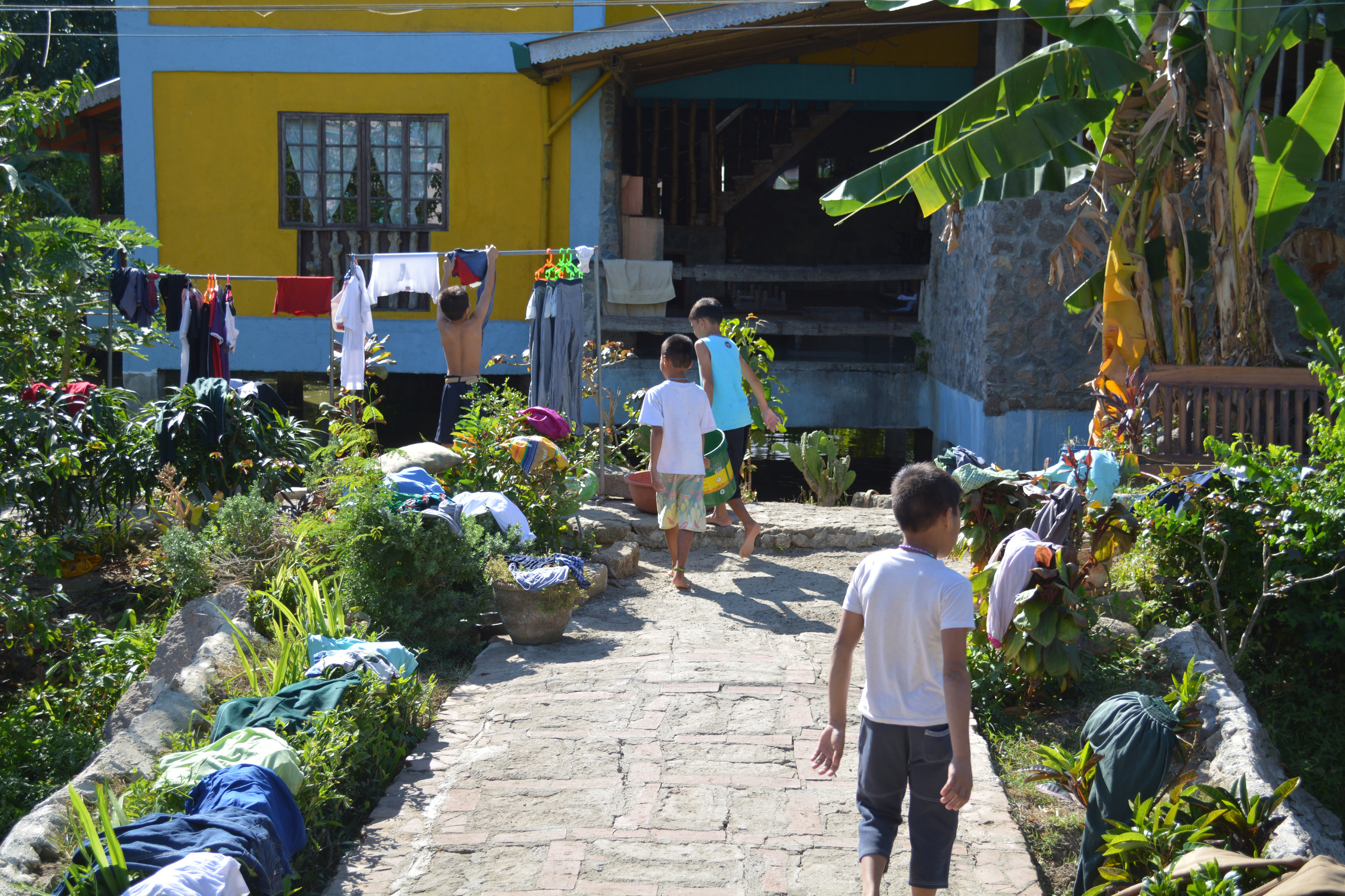 BUSTOS, Philippines (CNS) — A group of young boys scurried about their cottage completing household chores, all part of the normal daily routine at the House and Treasure of St. Martin de Porres.

Their dormitory is among five wood and stone houses painted in bright colors where more than 100 boys and girls — many from the streets of metropolitan Manila — live on an expansive 27-acre campus.

The youngsters are a long way from the highly polluted, traffic-laden streets of the Philippine capital. Many of the boys were counted among the thousands of children in bedraggled clothes dodging moving vehicles and then tapping on drivers’ side windows at stop lights to beg for money.

“They were forced to stay on the streets for reasons like abandonment, physical abuse … poverty or (having) dysfunctional families,” explained Father Florentino Concepcion. “They are orphans, foundlings. We have a number of them.”

Father Concepcion, or Father “Boyet” as he is known, founded this self-contained community for indigent children 10 years ago. It is staffed with volunteers including seminarians, paid social workers and a psychologist. There is a school with music, arts and sports. Everyone has the chance to raise livestock, grow rice and tend rows of organic vegetables. The campus is part of a network of three St. Martin’s locations that provide services for poor children.

A priest of the Malolos Diocese for more than 30 years, Father Concepcion’s vocation has been dedicated to people living in poverty.

“The poor cannot be left alone. … You have to … journey with them. Especially these children when you get them, the first hurdle that we have to undertake is for them to get out of their traumas,” he told Catholic News Service.

Father Concepcion described the work as a taxing, painstaking, gradual process in which progress cannot easily be measured in terms of grade levels at school.

“These children are toughy-toughy,” he said. “But when you bring them to the chapel they get transformed. Then they get out and (become) their old selves again. … Slowly, slowly, patiently you reform them and I think it’s (the work of) the (Holy) Spirit.”

One 12-year-old girl, Crystal, whose name has been changed, came to St. Martin de Porres a year ago. She told CNS a nun brought her to the mission after the nun noticed that she was thin. Crystal said her parents agreed that she could come to the mission. A volunteer explained that the girl had tuberculosis and had been physically abused and was forced to work.

“We didn’t eat much, just sometimes,” said Crystal, who doesn’t know the exact address of where her family lived except that it was under a bridge in Manila. “When we ate, it was sardines or salt and water with rice — but not every day.”

She took care of four younger siblings, was responsible cleaning at their dwelling and worked alongside her parents picking through garbage bags for anything to recycle.

Crystal who had never been to school before going to St. Martin’s was reading, writing and counting at the first grade level. She said she missed her mother at first and did not say whether she liked her new home but she said she would stick it out until she finished college so she could become a teacher.

Kenneth Silva was on his way to doing just that. He was a second year education major at Bulacan State University. Silva told CNS he stole and begged to help raise his two younger siblings.

His mother died when he was 9 and that’s when he lost hope and started living on the streets of Manila, smoking and taking drugs. Silva said his father was a drinker whose income from carpentry always fell short.

He said he and his siblings joined the St. Martin mission house when it opened in 2003. Two years later, their father died.

“Even if we lost our parents, even if we were having a hard time, I never lost faith in God,” said Silva, 22. “I leaned on him and he became my way and his help for me was constant. If I ever lost faith in him I would grow very weak.”

He said living at St. Martin’s restored his hope in the future. As one of the older members of the community, Silva has given back to the younger residents, serving as a music teacher and mentor to them.

Father Concepcion said on very rare occasions a handful of children ran away from the program. But more often than not, it was the mission house that placed kids who could be harmful to others in another facility.

Ten years after the House and Treasure of St. Martin de Porres opened, Father Concepcion said a number of the older residents are finishing college.

“The ‘house’ is where they live … where they find love, that’s their house … and they are the treasure. We value them. It gives me so much joy to see them happy,” he said.