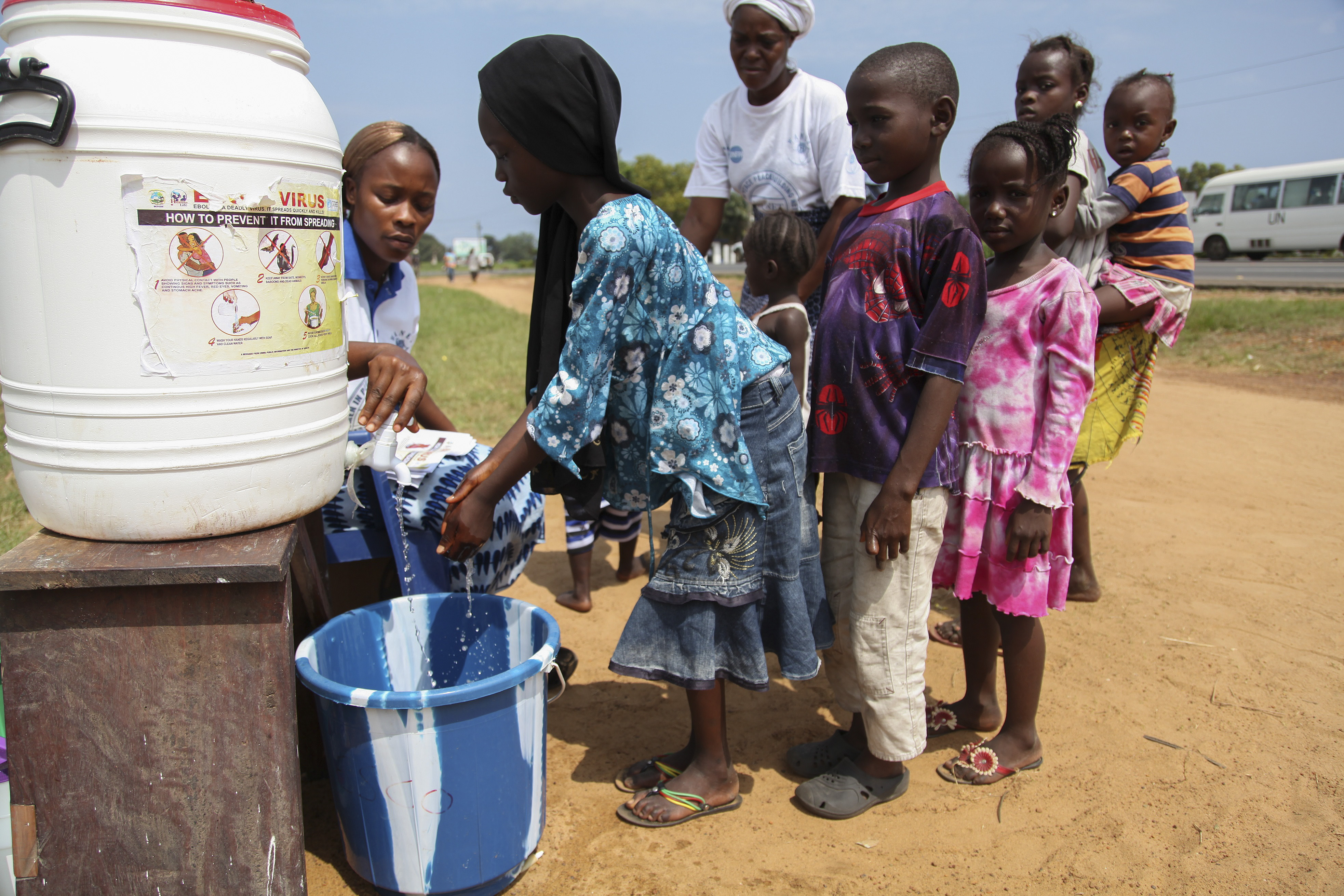 CAPE TOWN, South Africa (CNS) — Liberia’s health system is in “complete shambles,” a church aid agency said, as the death of a Spanish priest brought to six the number of caregivers at a Catholic-run hospital in the capital of Monrovia who have died of Ebola in August.

Father Miguel Pajares, 75, a member of the Hospitaller Order of St. John of God, died in a Madrid hospital Aug. 12. He had been evacuated from Liberia Aug. 7.

A few hours after the priest’s death, the World Health Organization endorsed the use of experimental medication to combat the Ebola virus, which has claimed more than 1,000 lives in Liberia, Guinea and Sierra Leone.

The Spanish health ministry said earlier that it had obtained the U.S.-manufactured drug, Zmapp, for the missionary priest.

Caritas Liberia reported in an Aug. 12 notice to health workers that the Liberian health system “is in complete shambles with immense strains.”

“Suspected, probable, and confirmed cases of Ebola as well as Ebola-related deaths continue to rise with isolation centers overcrowded with victims. Most of the referral hospitals in Monrovia are closed due to limited safety gears for health workers and support staffers,” said the message, which was shared with Catholic News Service.

Two nuns who worked with Father Pajares at Catholic-run St. Joseph’s Hospital are critically ill in Monrovia, said Sister Barbara Brillant, head of the National Catholic Health Council in Monrovia and a member of the Franciscan Missionaries of Mary.

Brother Patrick Nshamdze, director of the hospital, which is run by the Hospitaller Order of St. John of God, died Aug. 2. Sister Juliana Bohi, a Spanish citizen, who was evacuated to Madrid with Father Pajares, has tested negative for the virus.

Three or four doctors are under a 21-day observation at the hospital as caregivers look for signs of the virus, Sister Barbara told CNS Aug. 12 from Maine, where she is on home leave.

The doctors are not allowed to work in case they are infected with the virus, she said, adding that the hospital will reopen when the observation period ends and the hospital has been decontaminated.

“We need to get up and running as soon as possible.”

Another Catholic-run health center, St. Peter Claver in Buchanan, Liberia, also is closed for sanitization after a patient with Ebola died, Sister Barbara said. Other church-run clinics are open and “doing the best they can,” she said.

“Our biggest problem is to get enough supplies to protect health workers,” she said, explaining that she was arranging for a 40-foot container filled with medical equipment and supplies to be sent from New York to church-run health facilities in Liberia.

Catholic Relief Services also has provided church-run health facilities with funds for equipment to deal with the outbreak, she said.

Church workers are intensifying their efforts to educate Liberians about avoiding infection, she said, noting that “it’s all about following protocol.”

Sister Barbara, who has worked in Liberia for 34 years, said she will return to Monrovia in late August, earlier than planned, because of the spread of the virus.

It is essential to “calm people’s fears,” she said, noting that “when people see things happening, such as medical supplies arriving, they feel there is hope.”

Church schools in Liberia, including a training center for nurses that Sister Barbara oversees, have shut because of the Ebola outbreak, she said.

“I tell my students, ‘We have survived wars and we will survive this too.'”