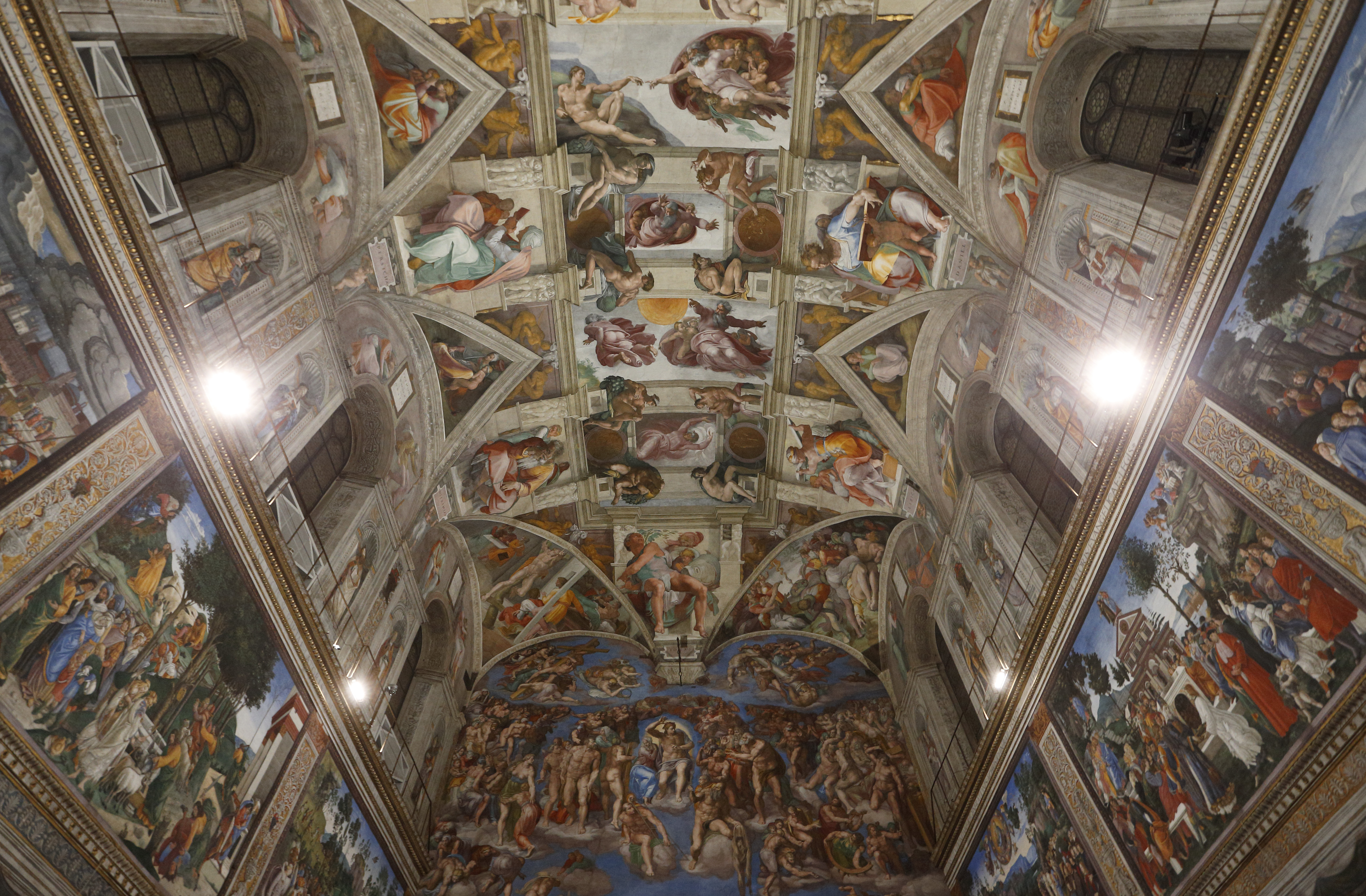 VATICAN CITY (CNS) — The Vatican is not promising visitors to the Sistine Chapel more elbow room, but it is guaranteeing a cooler experience.

Marking the year of the 450th anniversary of Michelangelo Buonarroti’s death, the Vatican Museums hope the brand new air conditioning system and the 7,000 new LED lights will preserve the Renaissance artist’s masterpiece for generations to come.

Television cameras, news photographers and journalists were invited to the chapel Oct. 29 for a “before and after” experience. Initially, they viewed the chapel with the lighting installed 20 years ago after the cleaning and restoration of Michelangelo’s ceiling frescoes and his massive wall mural, “The Last Judgment.” Then the brighter, cooler LED lights were turned on.

Even with a crowd in the chapel, the room is designed to stay cooler than ever — never going above 77 degrees Fahrenheit — thanks to a new system installed by the U.S.-based Carrier company and adjusted over the past three years with input from the Vatican Museums’ conservation team and its diagnostic and scientific research laboratory.

Antonio Paolucci, museums director, said his team believed the best way to honor Michelangelo was to highlight and preserve the culmination of his life’s work, something which was threatened by the work’s popularity.

When the old lighting and air filtering and conditioning systems were installed two decades ago, he said, the annual number of visitors to the museums and chapel was under 2 million. Today it hosts almost 6 million visitors a year, with more than 20,000 people a day entering during the peak pilgrim and tourist season.

The popularity “required a radical intervention to guarantee air circulation, keep dust and pollutants down, control the temperature and humidity and keep the carbon dioxide at an acceptable level,” Paolucci said.

Carrier and Osram, a German lighting company, donated the new systems, which have an estimated value of about $3.8 million.