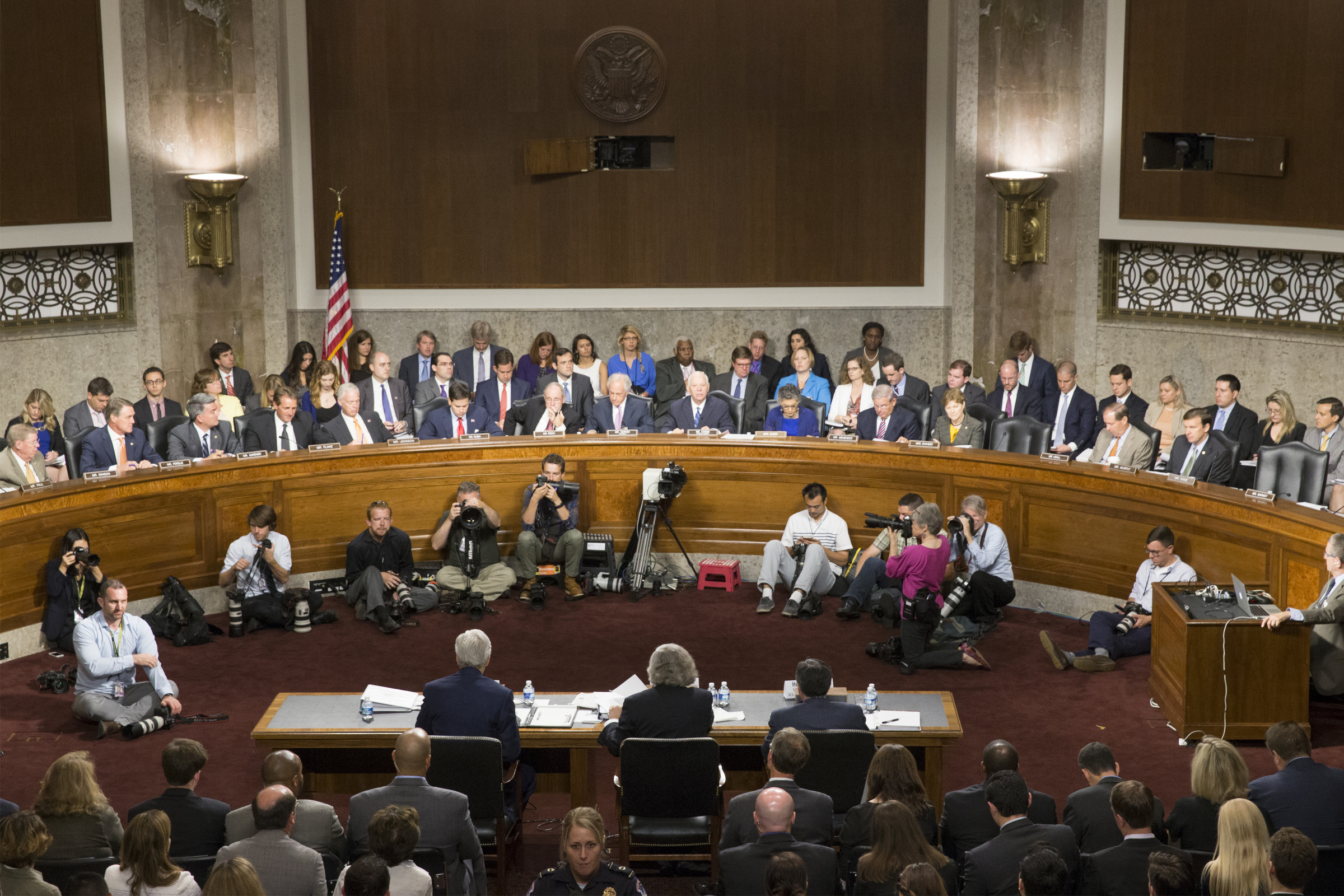 WASHINGTON (CNA/EWTN News) — Congress has only one month to reauthorize the U.S. Commission on International Religious Freedom. Many human rights activists and religious leaders have stressed its importance, and the nation’s bishops suggest the commission would help the U.S. fulfill Pope Francis’ call to protect religious minorities.

“Protecting religious freedom is critical to the health of societies,” said the U.S. bishops’ Aug. 26 letter to Congress. They noted that about a quarter of the world’s countries still face high levels of religious hostilities.

“Christians and members of other minority groups are seeking refuge from violence in Syria and Iraq. Religious minorities are jailed on blasphemy and apostasy charges in Pakistan, Burma, and Sudan, just to note a few countries where vulnerable persons can be killed with impunity,” said the letter. It also noted the violence the radical Islamist group Boko Haram has inflicted on both Christians and Muslims in Nigeria.

“All these cases are indicative of a worldwide pandemic of religious intolerance that is threatening the stability of so many countries,” the letter added.

The letter cited Pope Francis’ Aug. 5 message to the Knights of Columbus, in which the Pope called for a global response to violence against minority religious communities.

The Pope called for prayers “for the conversion of hearts, an end to fanatical violence and intolerance, and a general recognition of those fundamental human rights which are not granted by the state, but from the hand of the Creator, whom all believers invoke as a God of peace.”

The U.S. bishops said religious freedom appears to be “more imperiled globally.” The religious freedom commission’s reauthorization would allow it to continue its work in “raising the profile of those who are discriminated against, harassed and even killed for their faith.” They said the commission has a vital role in promoting human rights by monitoring and promoting religious freedom.

The religious freedom commission dates back to 1998. It monitors the state of freedom of religion and freedom of thought, conscience, or belief as defined by the Universal Declaration of Human Rights and other international agreements. The commission makes independent policy recommendations to the president, the Secretary of State and Congress.

In December 2014, Congress passed a nine-month extension reauthorizing the commission.

In a separate letter from the International Religious Freedom Roundtable, many other civic and religious leaders voiced support for the commission’s reauthorization and stressed the commission’s importance.

The commission has been “a consistent and reliable voice for people around the globe who desire nothing more than to peacefully worship and live out their faith according to the dictates of their conscience,” said the letter to the Senate Foreign Relations Committee’s chairman Sen. Bob Corker (R-Tennessee) and ranking member Ben Cardin (D-Maryland). It urged the approval of S. 1798, United States Commission on International Religious Freedom (USCIRF) Reauthorization Act of 2015.

Signers of the letter included many Christian organizations, as well as Jewish, Sikh, Baha’i and humanist organizations. Individual scholars, religious leaders, and human rights advocates also asked the senators to work for “the swift passage” of the USCIRF reauthorization act.

“While there is very little we agree on theologically, or politically, we all agree on the importance of international religious freedom. It strengthens cultures and provides the foundation for stable democracies and their components, including civil society, economic growth and social harmony,” the roundtable letter said.

“Religious freedom is a principle upon which our country was founded, and its promotion is a significant factor in U.S. national security and related global interests,” the letter added.

The letter said attacks on religious freedom are “systemic and growing.” The Pew Research Center has reported that in 2013, 77 percent of the world’s population lived in countries with “a high or very high overall level of restriction on religion,” compared to 68 percent in 2007.