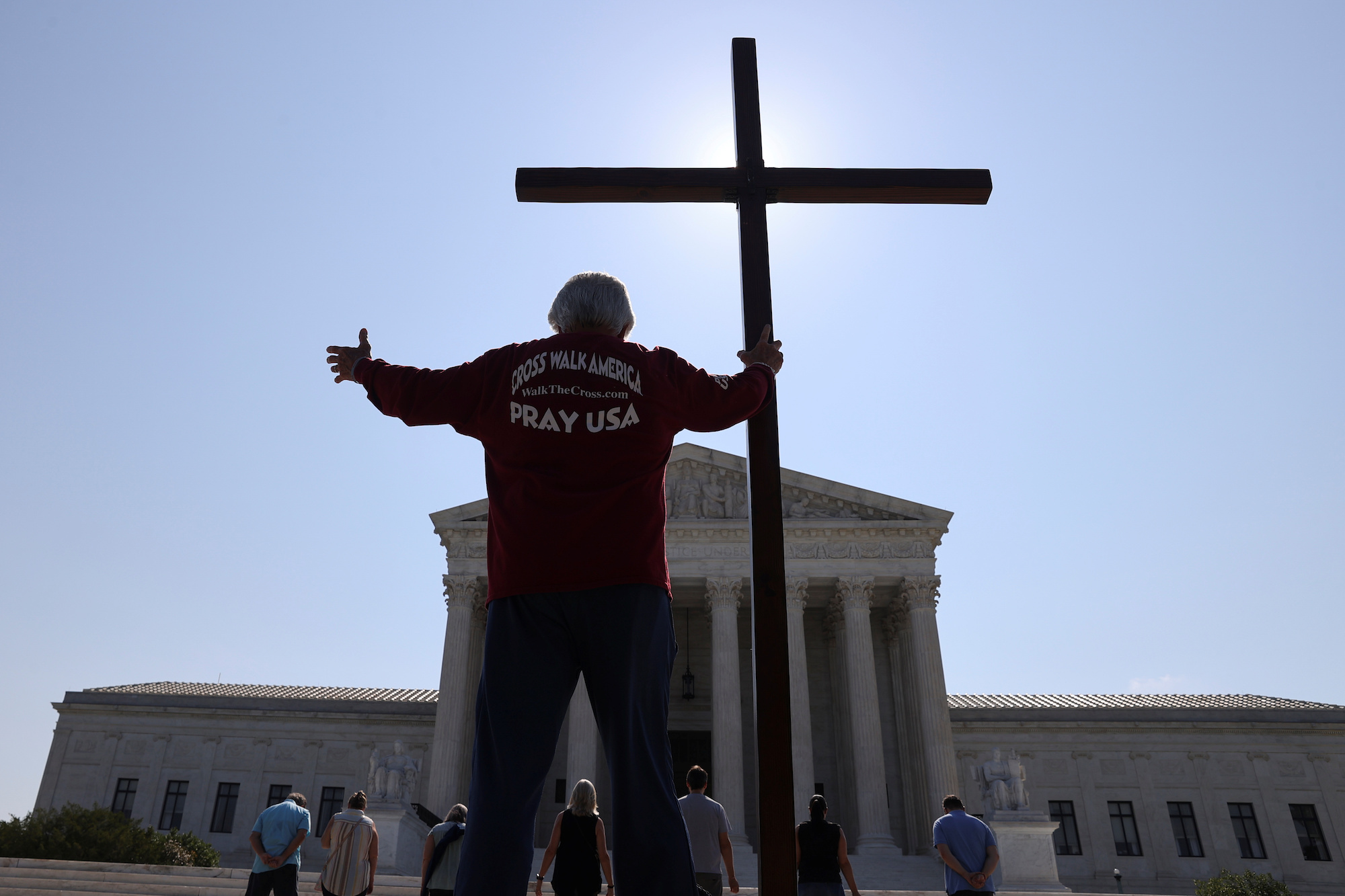 WASHINGTON — In a 7-2 decision July 8, the Supreme Court upheld regulations by the Trump administration giving employers more ability to opt out of providing contraceptive coverage in their health plans.

The decision, written by Justice Clarence Thomas, said the administration had “the authority to provide exemptions from the regulatory contraceptive requirements for employers with religious and conscientious objections.”

“This is a saga that did not need to occur. Contraception is not health care, and the government should never have mandated that employers provide it in the first place,” the U.S. Conference of Catholic Bishops said.

The bishops said they welcomed the decision and hoped it “brings a close to this episode of government discrimination against people of faith. Yet, considering the efforts we have seen to force compliance with this mandate, we must continue to be vigilant for religious freedom,” they said.

The case examined if the expansion of the conscience exemption from the Affordable Care Act’s contraceptive mandate violated the health care law and laws governing federal administrative agencies.

It highlighted — as it has before when the Affordable Care Act’s contraceptive mandate has come before the high court — the Little Sisters of the Poor, the order of women religious who care for the elderly poor. The sisters were represented, as they have been previously, by Becket, a religious liberty law firm.

According to government estimates, the Trump administration’s rule changes would prevent 70,000 to 126,000 women from having contraception coverage in their employee health insurance.

Ginsburg, who cited these numbers in her dissent, said the court had previously taken a balanced approach in accommodating claims of religious freedom “one that does not allow the religious beliefs of some to overwhelm the rights and interests of others who do not share those beliefs.” She said that in this decision the court, for the first time, “casts totally aside countervailing rights and interests in its zeal to secure religious rights to the nth degree.”

The Supreme Court has protected our right to serve the elderly without violating our faith. Our life’s work and great joy is serving the elderly poor and we are so grateful that the contraceptive mandate will no longer steal our attention from our calling.

The U.S. bishops said there had been “multiple opportunities for government officials to do the right thing and exempt conscientious objectors. Time after time, administrators and attorneys refused to respect the rights of the Little Sisters of the Poor, and the Catholic faith they exemplify, to operate in accordance with the truth about sex and the human person. Even after the federal government expanded religious exemptions to the HHS contraceptive mandate, Pennsylvania and other states chose to continue this attack on conscience.”

Thomas, describing the work of the Little Sisters of the Poor and their involvement in this case, wrote: “For over 150 years, the Little Sisters have engaged in faithful service and sacrifice, motivated by a religious calling to surrender all for the sake of their brother … .But for the past seven years, they — like many other religious objectors who have participated in the litigation and rulemakings leading up to today’s decision — have had to fight for the ability to continue in their noble work without violating their sincerely held religious beliefs.”

Mother Loraine Marie Maguire, the order’s U.S. provincial, said the Little Sisters of the Poor were “overjoyed that, once again, the Supreme Court has protected our right to serve the elderly without violating our faith. Our life’s work and great joy is serving the elderly poor and we are so grateful that the contraceptive mandate will no longer steal our attention from our calling.”

A recap of the sisters’ involvement in this case goes back to 2013 when religious groups and houses of worship were granted a religious exemption by the Supreme Court from the government’s mandate to include contraceptive coverage in their employee health plans.

Three years later, religious nonprofit groups challenged the requirement to comply with the mandate and the court sent the cases back to the lower courts with instructions for the federal government and the challengers to try to work out an agreeable solution.

Then in 2017, religious groups were given further protection from the contraceptive mandate through an executive order issued by President Donald Trump requiring the U.S. Department of Health and Human Services to write a comprehensive exemption to benefit religious ministries, including the Little Sisters of the Poor, from the contraceptive mandate.

HHS provided this exemption in 2018, but several states challenged it, including California, Pennsylvania and New Jersey, saying HHS didn’t have the power to give this exemption.

Pennsylvania and New Jersey obtained a nationwide injunction against the rules protecting religious objectors from the contraceptive mandate; that injunction was then upheld by the 3rd U.S. Circuit Court of Appeals, based in Philadelphia.

This is where the Little Sisters come back because they appealed the circuit court’s ruling and asked the Supreme Court to step in.

In one of the two consolidated cases, Trump v. Pennsylvania, the administration argued that the exceptions to the contraceptive mandate for religious groups were authorized by the health care law and required by the 1993 Religious Freedom Restoration Act, known as RFRA.

Lawyers for Pennsylvania and New Jersey said the administration lacked statutory authority to issue such regulations and said the government did not follow proper administrative procedures.

The second case examines whether the Little Sisters of the Poor had the standing to appeal the 3rd Circuit ruling since a separate court order had already allowed them to refuse to provide contraceptive coverage in their employee health plans.

The U.S. Conference of Catholic Bishops filed a friend-of-the-court brief siding with the Little Sisters of the Poor, which stressed that the court needs to set the record straight, particularly with its interpretation of RFRA, which says “governments should not substantially burden religious exercise without compelling justification.”

The brief said there was a compelling need to review this case not only because the 3rd Circuit Court decision conflicts with other Supreme Court rulings on this topic in Hobby Lobby and Zubik decisions, but because its ruling “threatens to reduce one of America’s leading civil rights laws to virtual impotence,” referring to RFRA.

It emphasized that RFRA essentially hangs in the balance because the appeals court “adopted a grudging interpretation of the statute that will, unless reversed, too often deny protection for religious people and institutions.”