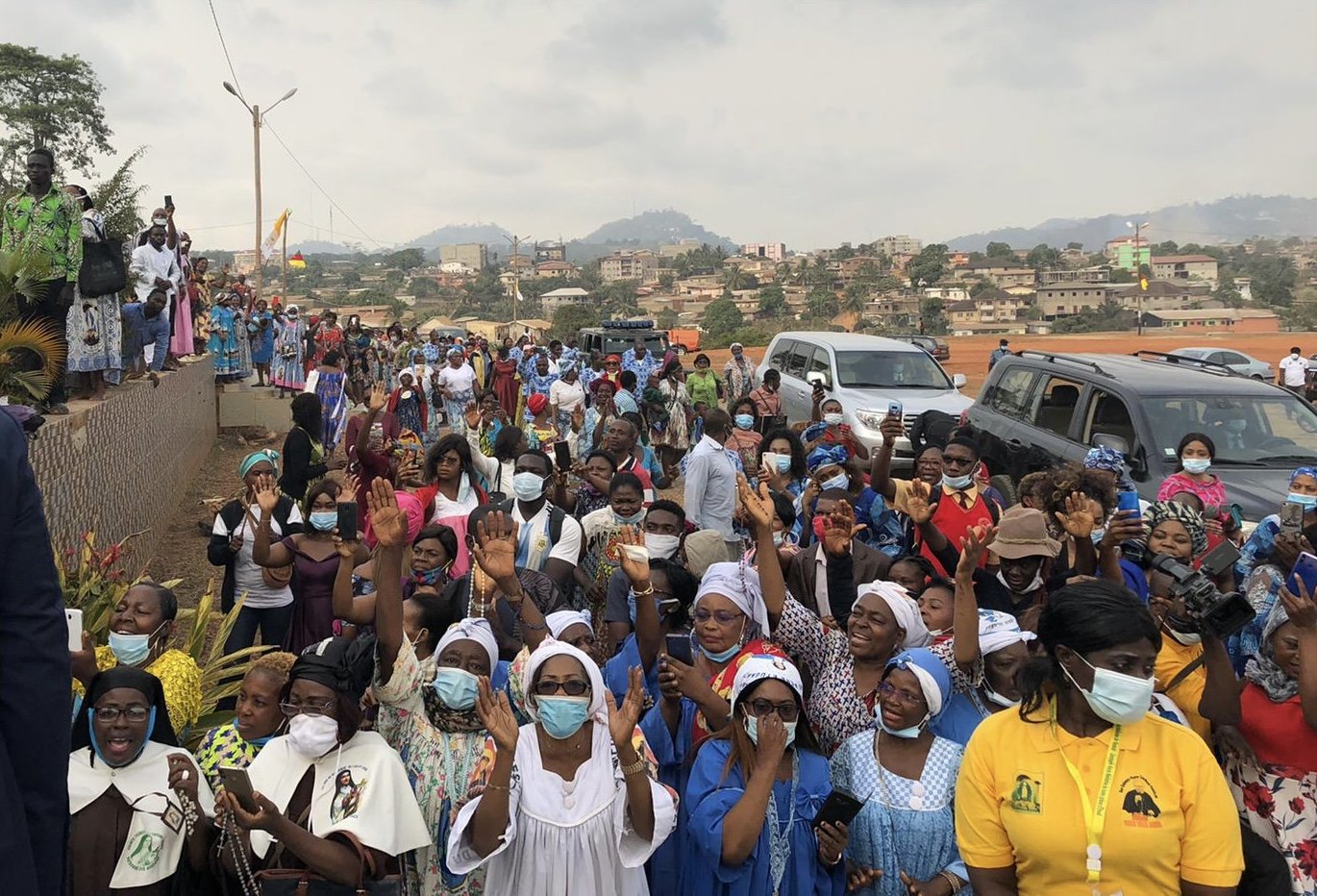 VATICAN CITY (CNS) — Cardinal Pietro Parolin, Vatican secretary of state, embarked on a six-day visit to Cameroon to convey Pope Francis’ affection and closeness to the people of the country who suffer amid the throes of civil unrest.

According to Vatican News, the purpose of Cardinal Parolin’s Jan. 31-Feb. 3 visit to Cameroon was to show the concern of the pope and the Catholic Church for both the country and the African continent, which is “rich in humanity but marked by much suffering.”

Thousands of people have been killed and hundreds of thousands have been displaced in Cameroon since 2016, when tensions rose between the French-speaking majority and the English-speaking minority.

During his visit, the Italian cardinal met with government authorities and religious leaders in the country. He also celebrated Mass Jan. 31 in the Archdiocese of Bamenda, where he conferred the pallium on its new bishop, Archbishop Andrew Nkea Fuanya.

The Cameroon military launched a major offensive in Bamenda in September, seeking to drive out members of the anglophone-separatist group, the Ambazonia Defense Force.

The archbishop told Cardinal Parolin he was “the first foreign authority to visit the people of the northwest and southwest regions of Cameroon since the beginning of the crisis in 2016.”

In his homily, Cardinal Parolin said Pope Francis prayed that the “desire for peace and reconciliation of this beloved and marvelous land may rise to God.”

“The pope is very much aware of the difficulties you have lived through and are still living through in these years. He prays for the Lord’s consolation for you, especially for those who have been victims of violence or who, in this crisis, have lost friends and loved ones,” the cardinal said.

Encouraging the country’s Catholics, Cardinal Parolin said that Jesus is the only one powerful enough to dispel evil through his words, which “are not magical formulas nor strange gestures.”

It is only “his word that is extremely effective,” he said. While evil exists, “Christ is able to defeat it. It is up to us to train for that fight every day.”

At the Mass, Archbishop Nkea thanked Cardinal Parolin for his visit and described him “as a messenger of peace and an ambassador of reconciliation.”

“We see you as a promoter of justice; we see in you the presence of our Holy Father, Pope Francis in our midst,” he said, according to L’Osservatore Romano, the Vatican newspaper.

“Even when the Holy Father speaks no words, his very presence is one of consolation, his blessings bring peace, and his words pour balm on wounds that are still fresh. Here in your presence, I can say all the more forcefully: Now is the time for peace!” the archbishop said.

Archbishop Nkea described the challenges facing the people of Cameroon, including children who “have been used as bait for political reasons and for fighting.”

Priests, bishops, religious, and lay men and women have also “been beaten, harassed or even killed in the conflict.”

Nevertheless, he added, “the church continues to bring the message of the Gospel as a beacon of hope to a traumatized people” and that although the people of Bamenda lack many things, “the one thing we do not lack is faith.”

“The fact that the people of Bamenda are here in such great numbers is a sure sign that, for them, their faith is bigger than politics,” he said at the Mass.

“The faith of the people of the Archdiocese of Bamenda is bigger than intimidation. Their presence here is also proof that the devil is a liar. With faith in God, and with profound gratitude for the person of Your Eminence, we can now join together in praying for peace and reconciliation,” Archbishop Nkea said.