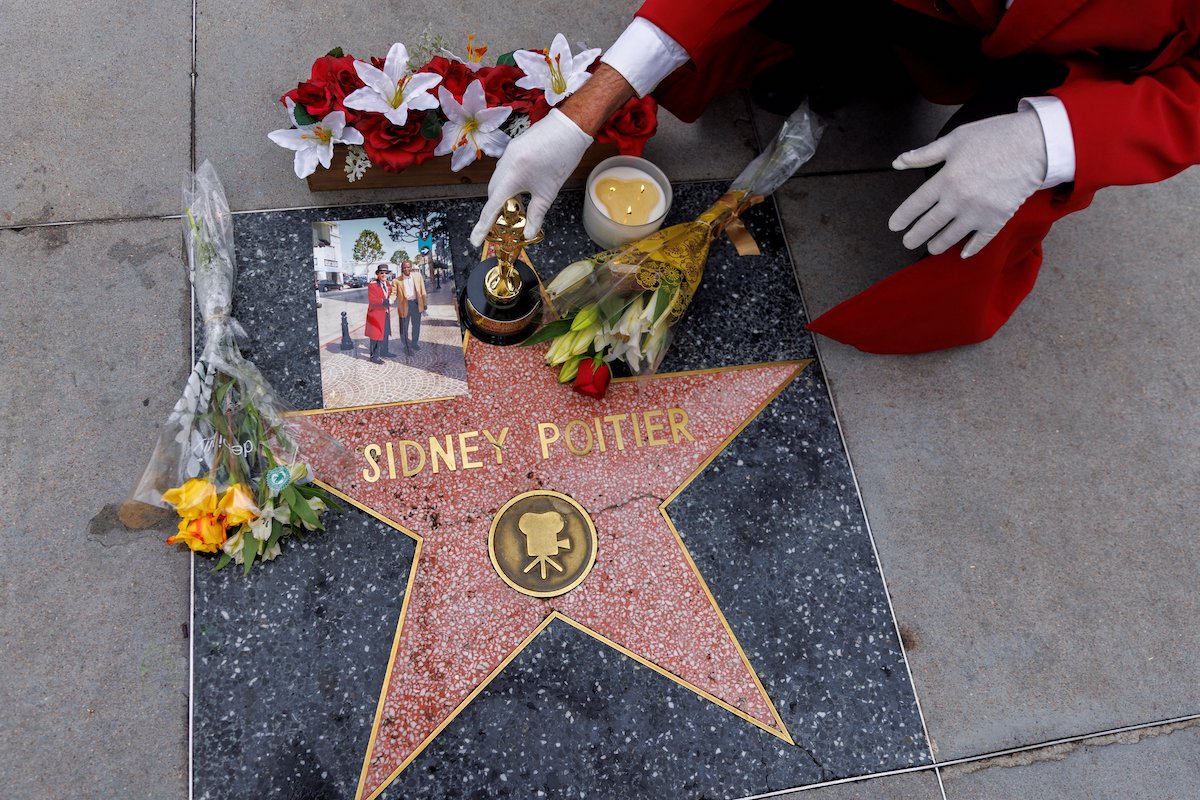 WASHINGTON (CNS) — For someone who was raised Catholic, Sidney Poitier left a mark on the Catholic world.

Much of it has to do with his performance in the 1963 movie “Lilies of the Field.” In the film, Poitier, who died Jan. 7 at age 94, played Homer Smith, an Army vet and itinerant handyman heading out West.

He stops at a remote farm in the desert to get water when his car overheats. The farm is being worked by a group of five German nuns who fled communism. Mother Maria (Lilia Skala) believes Homer has been sent by God to build a much-needed church in the desert.

The movie has endured as a classic. Poitier became the first Black man to win the Best Actor Oscar.

And the song “Amen,” made popular in “Lilies?” That’s not Poitier’s voice; he was tone deaf. He mouthed the lyrics written (and dubbed) by Jester Harrison. And “Amen” reached No. 7 on the U.S. pop music charts in 1964 with a version recorded by the soul trio the Impressions.

But, decades later, untold numbers of Catholic churches use that very setting for the Great Amen at the conclusion of the eucharistic prayer.

But one movie does not a man make. Poitier had 55 film and television credits dating back to 1947, although his last appearance was 2001 TV movie, “The Last Brickmaker in America.” Many of these films highlighted civil rights issues the United States was wrestling with at the time.

Some of Poitier’s best-known films included a prison escapee “The Defiant Ones” chained to a white racist fellow escapee in Tony Curtis; a gifted but troubled New York teen in “Blackboard Jungle”; and a teacher reaching out to troubled teens in 1967’s “To Sir With Love.”

“To Sir With Love” was part of a trifecta that year for Poitier, as each movie topped the national box office. His other two films in 1967 were also nominated for Best Picture Oscars: “Guess Who’s Coming to Dinner,” in which he plays the doctor boyfriend of a white woman who bring him home to meet her parents, and a police detective in “In the Heat of the Night,” which took the Best Picture honors plus four other Oscars — and the latter of which spawned a two sequels, “They Call Me Mister Tibbs!” (1970) and “The Organization” (1971).

Poitier did not merely let his movies do the talking for him. Poitier biographer Aram Goudsouzian said the actor lent his name and resources to causes championed by the Rev. Martin Luther King, Jr., and he participated in demonstrations such as the 1957 Prayer Pilgrimage and the 1963 March on Washington.

In 1967, Rev. King introduced Poitier, the keynote speaker for the 10th-anniversary convention banquet of the Southern Christian Leadership Conference, as “my soul brother.” The following year, he marched as part of the Poor People’s Campaign in Washington.

Poitier directed nine films, among then “Buck and the Preacher,” “Uptown Saturday Night” and “Let’s Do It Again,” all of which he appeared in, and the Richard Pryor-Gene Wilder comedy “Stir Crazy.”

The Miami-born Poitier moved to the Bahamas with his family so his father could make a living as a tomato farmer. He had such a thick accent that he was rejected by the American Negro Theater. Poitier spent six months modifying his speech before he auditioned a second time — and successfully.

In 2009, Sidney Poitier was presented with the medal of freedom by President Barack Obama. “Poitier once called his driving purpose to make himself a better person,” Obama said. “He did. And he made us all a little bit better along the way.”