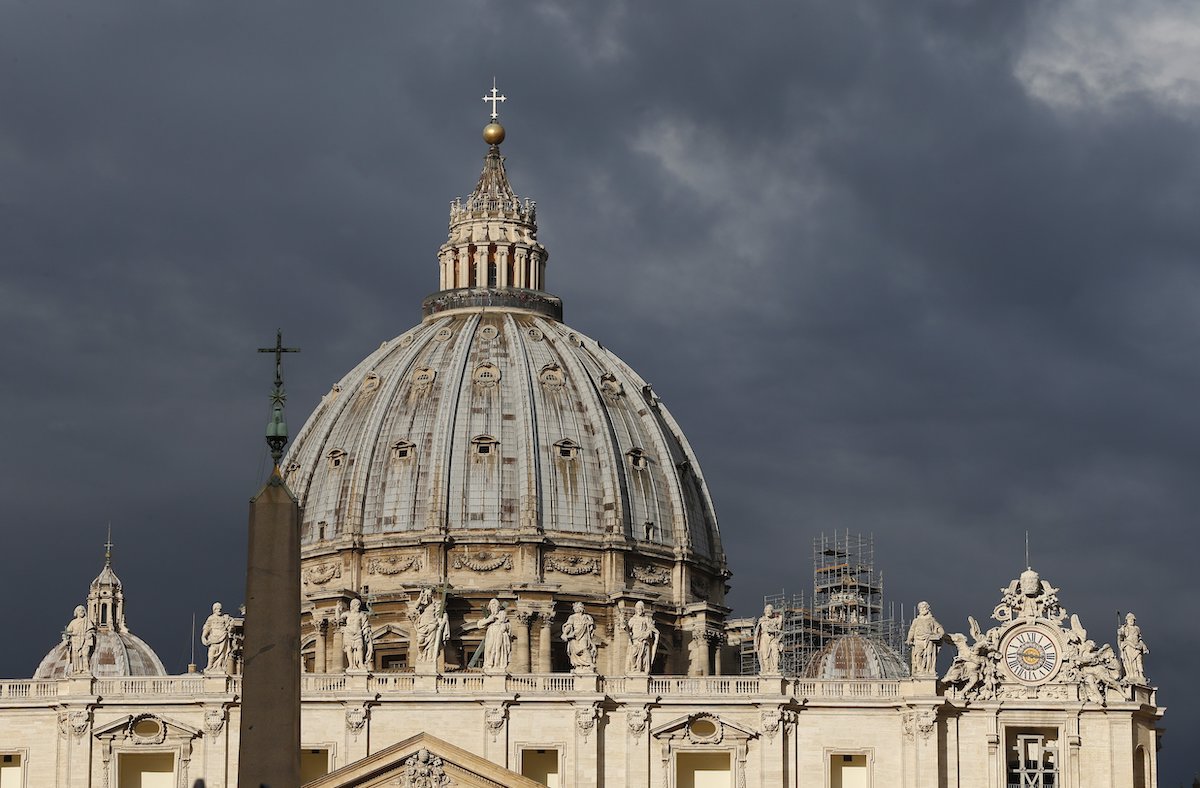 VATICAN CITY (CNS) — As part of ongoing measures to reform the Roman Curia, Pope Francis has approved restructuring the Congregation for the Doctrine of the Faith, the oldest of the congregations.

The two secretaries will serve under the congregation’s prefect. Spanish Cardinal Luis Ladaria, who has been prefect of the congregation since 2017, will celebrate his 78th birthday April 19. The heads of Vatican offices are required to offer their resignations to the pope when they turn 75.

In “Fidem servare” (Preserving the Faith), published “motu proprio,” (on his own initiative) Feb. 14, Pope Francis said the main task of the congregation has been to safeguard or “keep the faith.” The changes went into effect the same day.

Over time, the congregation has seen modifications to its areas of responsibilities and how it is configured, and now, Pope Francis said, further change is needed “to give it an approach more suited to the fulfillment of its functions.”

The doctrinal section will be responsible for matters concerning “the promotion and safeguarding of the doctrine of the faith and morals.”

Its aim, the pope wrote, is to promote studies aimed at fostering “the knowledge and transmission of the faith in the service of evangelization, so that its light may be the criterion for understanding the meaning of existence, especially before questions posed by the progress of science and the development of society.”

When dealing with faith and morals, the doctrinal section will examine documents to be published by other dicasteries of the Roman Curia, “as well as writings and opinions that appear problematic for the correct faith, encouraging dialogue with their authors and proposing suitable remedies,” according to previously established norms.

The section will also study any questions arising from personal ordinariates for Anglicans entering into full communion with the Catholic Church through the Apostolic Constitution, “Anglicanorum Coetibus.”

The doctrinal section will absorb the duties covered by the congregation’s marriage office, which deals with questions involving the validity of marriages when one of the spouses is not a baptized Christian.

The discipline section, through the currently existing discipline office, will handle those offenses and crimes reserved to the congregation — particularly clerical sexual abuse cases — and its supreme tribunal. It will prepare and elaborate procedures in accordance with canon law so as to “promote a correct administration of justice.”

To that end, the discipline section will promote needed formation initiatives that the congregation can offer to bishops, dioceses and canon lawyers “to promote a correct understanding and application of canonical norms.”

The congregation’s archive will continue to preserve documents for consultation, including its historical archives.

The Congregation for the Doctrine of the Faith is the oldest of the congregations. It began in the 16th century as a commission of six cardinals, known as the Sacred Roman and Universal Inquisition, which served as a tribunal for judging suspected cases of heresy and schism.

Seeing a number of changes over the centuries, St. Paul VI changed its name from the Sacred Congregation of the Holy Office to the Sacred Congregation for the Doctrine of the Faith, and he changed its methods used for doctrinal examination. A more positive disposition of correcting errors, together with the protection, preservation and promotion of the faith prevailed over the more punitive tendency of condemnation.

With changes to the Roman Curia by St. John Paul II, the congregation maintained its competence over all that in any way touches upon the doctrine of faith and morals and was explicitly given “prior judgment” over any other curial documents that enter into its area of competence.

While for decades it also handled requests for dispensations from celibacy from priests seeking laicization, that responsibility later was given to the Congregation for Clergy.