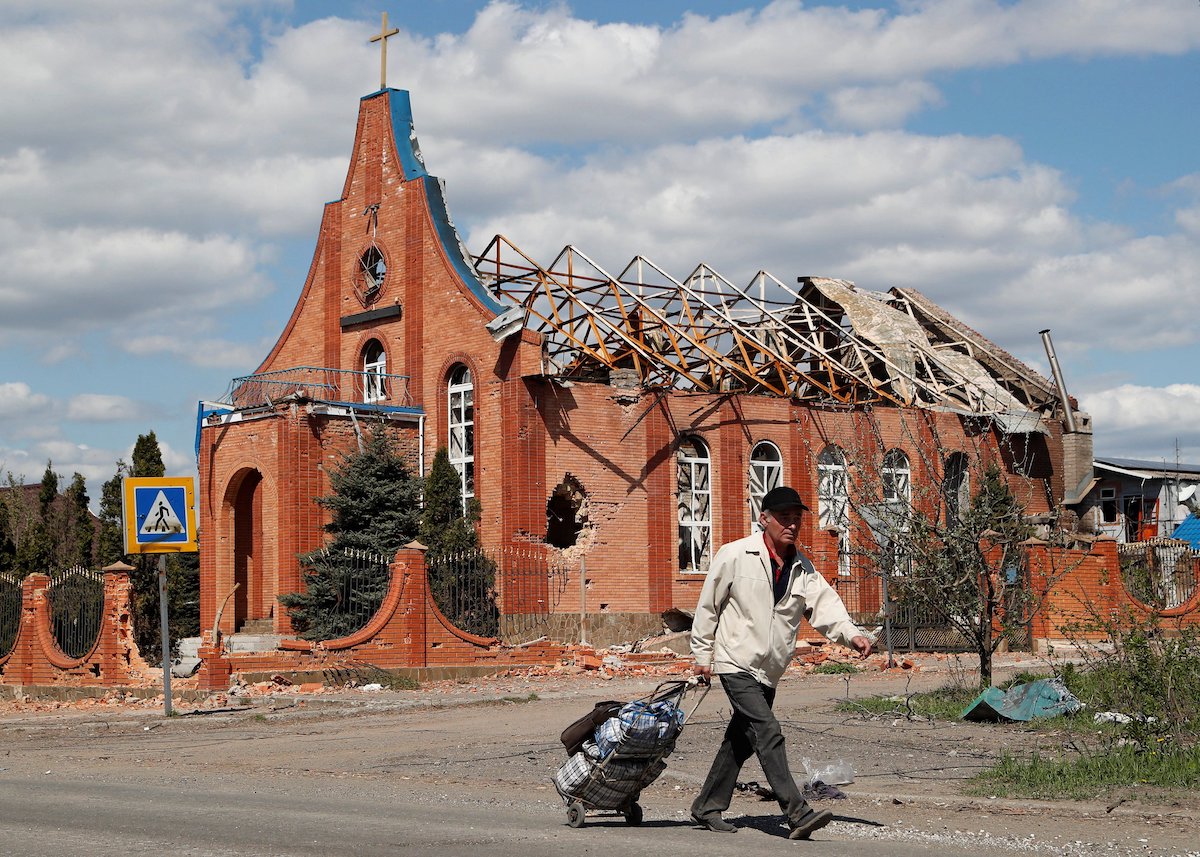 VATICAN CITY (CNS) — Renewing his appeal for peace, Pope Francis said he grieves for the suffering of the Ukrainian people, especially given reports of children and the elderly being forcibly deported to Russia.

After praying the “Regina Coeli” prayer with pilgrims gathered in St. Peter’s Square May 1, the pope said that “terrible reports of children being expelled and deported” have caused him to “suffer and weep.”

“And while we are witnessing a macabre regression of humanity, I wonder, along with so many anguished people, if peace is truly being sought; whether there is the will to avoid a continued military and verbal escalation; whether everything possible is being done to silence the weapons,” he said.

Ukrainian officials have accused Russia of deporting thousands of Ukrainian men, women and children to Russia from the besieged port city of Mariupol.

As Russian forces overrun Mariupol, Ukrainian authorities are racing against time to evacuate civilians sheltering in a steelwork factory in the city. Although some Ukrainians were able to escape, evacuations have been difficult due to Russia’s continued bombardment of established humanitarian corridors.

Speaking to the pilgrims gathered in the square, the pope called for the safe evacuation of civilians trapped in the Azovstal steel plant and urged Christians to “pray the rosary for peace every day” during the Marian month of May.

“Today is the beginning of the month dedicated to the Mother of God,” he said. “My thought goes to the Ukrainian city of Mariupol, ‘the city of Mary,’ barbarically bombed and destroyed.”

Before leading pilgrims in a moment of silent prayer, Pope Francis appealed for an end to the war and expressed his hope that “the path of dialogue and peace be taken.”

“I beg you, let us not surrender to the logic of violence, to the perverse spiral of weapons,” the pope said.