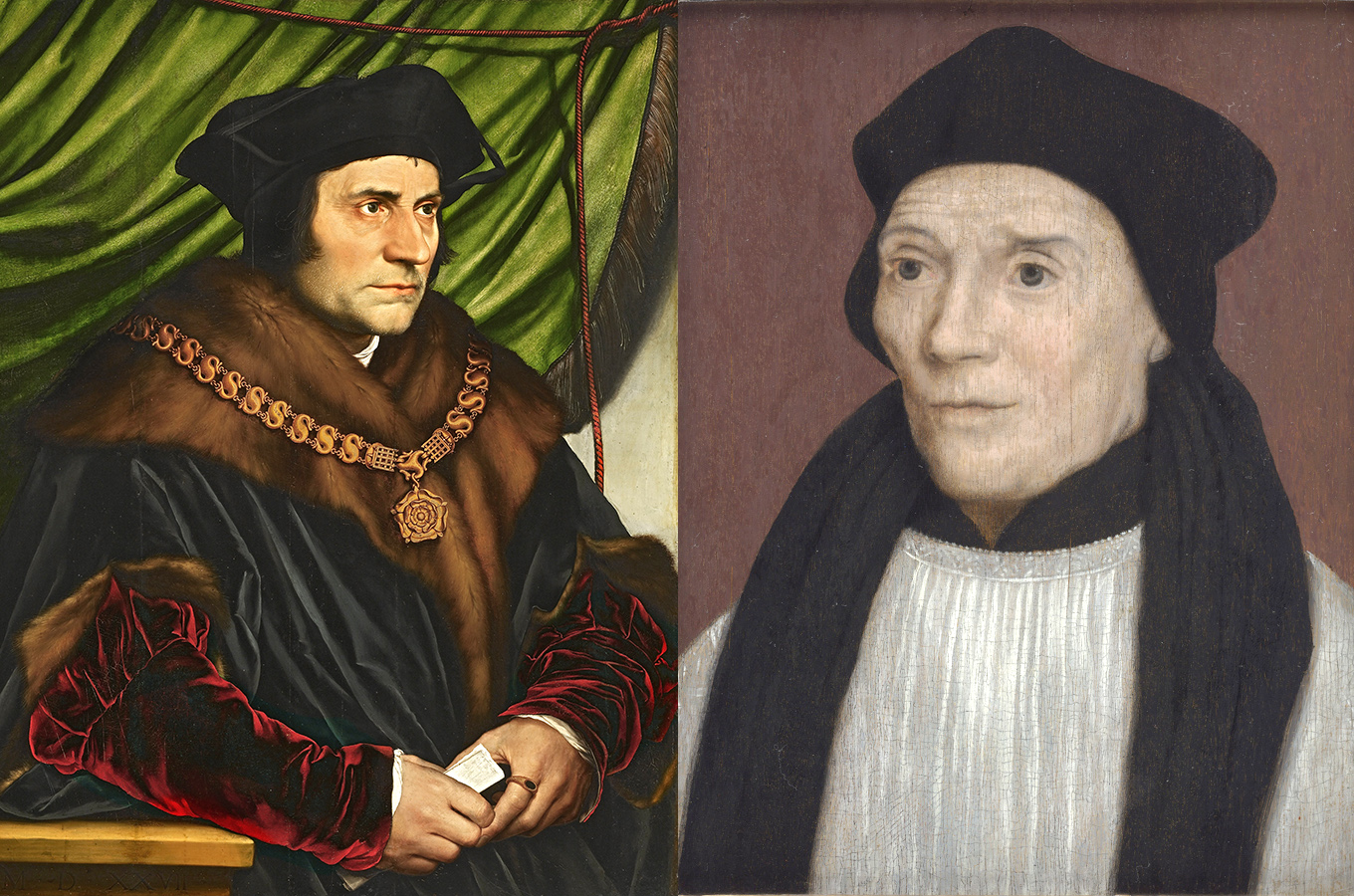 “I die the King’s good servant; but God’s first.” These were the last words spoken by St. Thomas More, a 16th-century politician and martyr, who died defending the Catholic faith. The life of St. Thomas More and his close friend St. John Fisher, like many other saints, illustrates the necessity of having courage when religious freedom is attacked.

As part of the Fortnight for Freedom — an annual period of fasting and events celebrating religious freedom during the two weeks leading up to our nation’s Independence Day — the relics of these two saints, whose martyrdom has come to represent the struggle for the freedom to practice faith without the interference of the state, will be on display in the Diocese of Phoenix June 30.

The relics will be displayed at St. Mary’s Basilica as part of a nationwide tour that coincides with this year’s fortnight theme – “Witnesses to Freedom.” The USCCB has highlighted 14 individuals or groups who exemplify courage in the face of persecution, including Ss. More and Fisher.

Mike Phelan, director of the diocese’s Office of Marriage and Respect Life affirmed that modern-day Catholics also have a duty to safeguard religious freedom.

The two saints understood this well. Thomas More served as one of King Henry VIII’s trusted advisers as Lord Chancellor, while John Fisher served as bishop of Rochester. After the king declared himself the head of the Church in England, they both refused to take the Oath of Supremacy, and they were charged with treason and martyred in 1535.

Catholics in the U.S. today are not faced with such direct attacks as these saints were, but they must still be vigilant and loyal to Church teachings, Phelan said.

“Right now, we have to be aware of the issues and face the threats that are out there in clear and unified ways as a Church, so that we don’t end up facing that kind of dramatic circumstance.”

Nik Nikas, a local attorney and co-founder and president of the Bioethics Defense Fund, also stated that every person has a right to religious liberty and that right must be protected.

“The sad fact is that today in America the Little Sisters of the Poor and others, who want simply to live out fully the Gospel command to love our neighbor as we love the Lord Jesus, must go to court and hope that the secular legal system will protect their right to religious liberty,” Nikas said, referring to the recent Zubik v. Burwell Supreme Court case. It forced the sisters into a position to defend their right to uphold Church teaching in their insurance policies against the federal government’s contraceptive mandate. The Supreme Court ordered the lower courts to re-hear the case May 16.

“To force anyone to violate his or her conscience by providing abortifacient contraceptives is, I believe, both unconstitutional and an outrage against human dignity,” he said.

The court’s decision was a moment of victory for those who defend religious liberty, Mike Phelan said.

“Our own ability to be people of faith in the workplace, to own a business and not be forced into situations that violate the business owner’s faith is under threat. Our ability as Catholics to insist that there is male and there is female, both made in the image of God, to be able to run a business in that way and schools in that way, there’s no guarantee in the future that those freedoms will be respected.”

Catholics can pray for such a guarantee during a special Mass and Rosary being celebrated on the Fourth of July at Ss. Simon and Jude Cathedral with Auxiliary Bishop Eduardo A. Nevares.

“My [business] partner Jack and I decided in 2012 that we needed to pray this Rosary on the Fourth of July,” said Manny Yrique who launched the annual Rosary for the United States of America in the Diocese of Phoenix. Bead by bead, Catholics will then pray the Rosary for all 50 states.

“American Catholics make up about 1 in 5 of the American population, so 20 percent of Americans are actually Catholic,” Yrique said. “It’s important for Catholics to be a voice politically and to truly vote with our Catholic conscience.”

Nikas also encouraged Catholics to persevere in protecting religious liberty. “The Church must continue to call the government to respect the genuine religious liberty of all. May St. Thomas More intercede for the Church in this time of crisis.”