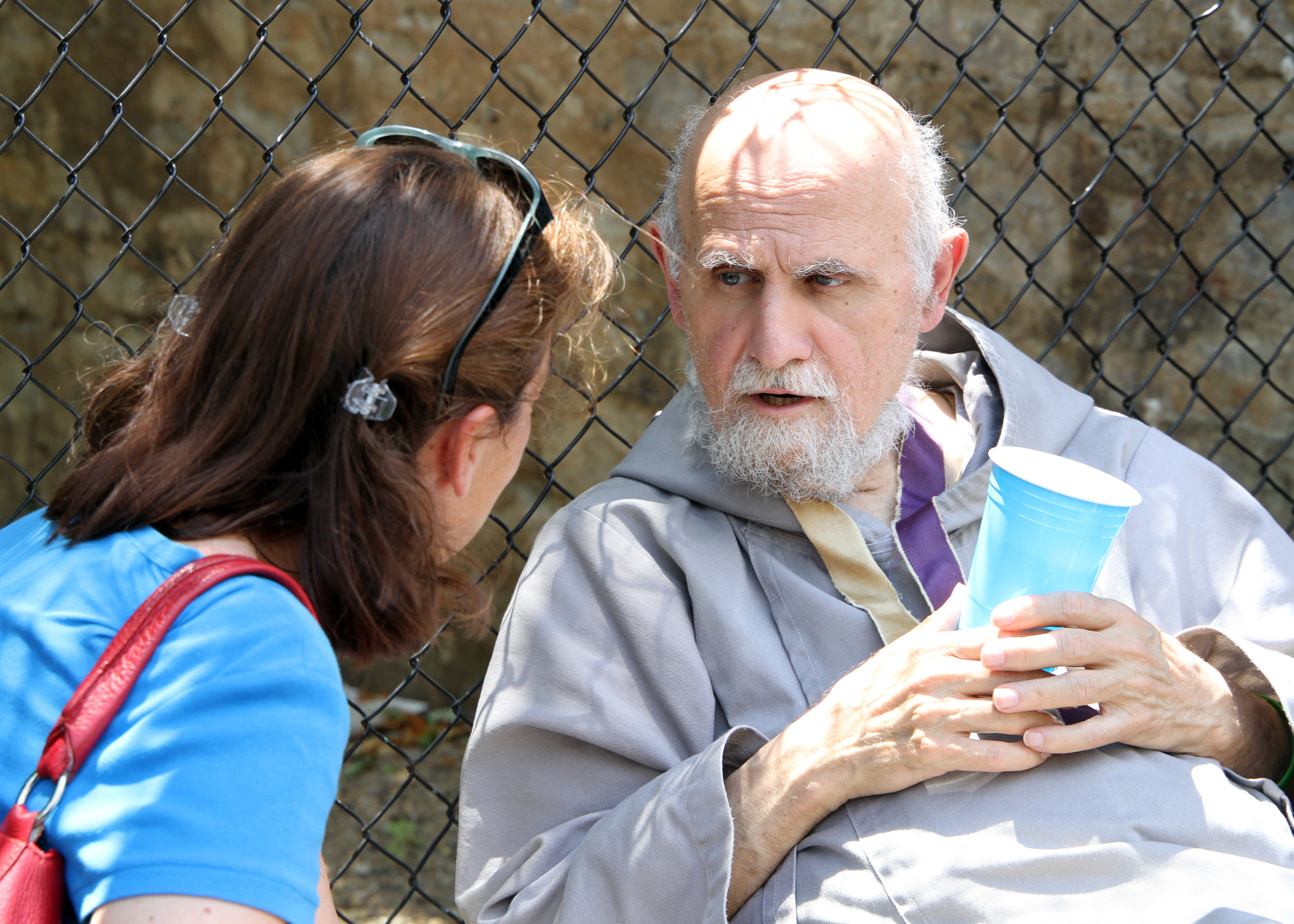 YONKERS, N.Y. (CNS) — At his funeral Mass Dec. 20, Fr. Andrew Apostoli, a co-founder of the Franciscan Friars of the Renewal, was remembered for living a life that reflected the gifts of the Holy Spirit — love, joy, peace, patience, kindness, goodness and faithfulness.

The admired preacher and retreat master, known to all as Fr. Andrew, also was recalled as a “light shining in the darkness.” The priest died Dec. 13 at St. Leopold Friary in Yonkers after a months-long battle with cancer. He was 75.

Fr. John Paul Ouellette, general servant of the Franciscan Friars of the Renewal, was the principal celebrant of his funeral Mass at St. Casimir Church in Yonkers. The homilist was Fr. Glenn Sudano, also a member of the order.

“Fr. Andrew conformed his life to Christ’s,” Fr. Ouellette said in a Dec. 13 statement. “As a priest, he was led by his relationship with the Holy Spirit, Our Lady and Archbishop Fulton J. Sheen, and continually worked toward the renewal of the priesthood.”

He added: “As a Franciscan, St. Francis was the clear inspiration for his humility, humor and his simplicity in word and deed. Fr. Andrew’s faithfulness and joy urge us to live the joy found in the Gospel.”

Andrew Joseph Apostoli was born July 3, 1942, in Woodbury, New Jersey, to Dominic and Malvina Apostoli. Raised in a strong Catholic home. Andrew entered the Capuchin Friars in 1959 at age 17. He professed perpetual vows in 1963 and was ordained to the priesthood by Archbishop Fulton J. Sheen March 16, 1967.

Twenty years later, in 1987, Fr. Andrew was one of eight Capuchin Friars who founded the Franciscan Friars of the Renewal.

Based in the South Bronx, an area of the New York City borough of the Bronx, the community strives to a return to the authentic Capuchin way of life and the renewal of the Catholic Church. The friars are known for their fidelity to the pope. The community characterizes itself as Catholic, Franciscan, Capuchin, contemplative, prophetic, apostolic, fraternal and pro-life.

In 1988, Fr. Andrew became the spiritual father and founder of the Franciscan Sisters of the Renewal, whose mission of serving the poor and spreading the Gospel is similar to that of the friars.

“Fr. Andrew Apostoli embodied Franciscan spirituality, and was as dedicated a priest as any I have ever known. That sentiment was shared by my predecessors who loved him as well,” New York Cardinal Timothy M. Dolan said in a statement.

New York Cardinal John J. O’Connor and the archdiocese recognized the Franciscan Friars of the Renewal as a diocesan institute in 1999, and the Vatican granted the community recognition as a religious institute of pontifical right in December 2016.

“Although he was known worldwide, we in New York felt a special closeness to him, and to the Franciscan Friars of the Renewal,” Cardinal Dolan said of Fr. Andrew. He added that “all who came into contact with him soon knew of his love for Jesus, his humility and gentleness, and his deep love of Mary, especially Our Lady of Fatima.”

For over 50 years, Fr. Andrew served his community and the universal Church in numerous capacities as a priest. These assignments included: teacher, spiritual director, novice master, 1987-1990; community superior, 1993-1999; and professor of spiritual theology at St. Joseph Seminary in Yonkers, 1985-2013.

He also was vice postulator of the sainthood cause of Archbishop Sheen, from 2001 to 2017. In addition, Fr. Andrew was the spiritual father of the Blue Army Shrine in Washington, New Jersey. He was considered one of the world’s foremost experts on the apparitions at Fatima. He is the author of numerous books, including “Following Mary to Jesus” and “Walk Humbly With Your God.”

He was a television host on the Eternal Word Television Network, with a presence on the network for nearly 25 years, including as the host of “Sunday Night Prime” for the past five years. He hosted a TV special “Our Lady of Fatima and the First Saturday Devotion.” He also hosted a three-part series on Fatima on CatholicTV.

“He was such a kind and holy man who always brought joy to the EWTN Family and who was a constant witness to the Franciscan spirit. We will certainly miss him,” Michael P. Warsaw, EWTN chairman and CEO, said in a statement.

In a statement about Fr. Andrew’s passing, the Franciscan Friars of the Renewal said: “With heavy hearts, our community mourns the loss of our co-founder and spiritual father, Fr. Andrew Joseph Apostoli.

“We are profoundly grateful that he was able to spend his final days surrounded by his CFR (Community of the Franciscan Friars of the Renewal) family. He lived this final chapter of his life preparing to meet the Lord prayerfully, humbly and joyfully offering himself to Jesus through Mary as a devoted Franciscan priest and religious,” the statement said.

“Not unlike Blessed Solanus Casey and Fr. Benedict Groeschel,” it added, “Fr. Andrew humbly lived the authentic Franciscan ideal, providing witness to the joy of living the Gospel in a world so desperately in need of Jesus Christ and his unconditional love.”

Fr. Groeschel, who died in 2014, was a leading pro-life figure and popular author, retreat master and preacher and also a co-founder of the Franciscan Friars of the Renewal. Blessed Solanus, a Capuchin friar, was beatified Nov. 18 during a Mass in Detroit.

Fr. Andrew is survived by his older brother, Emidio, and his wife, Gretchen; his younger brother, Michael, and his wife, Beth; a sister-in-law, Yvonne; four nephews and two nieces; numerous cousins; as well as by 128 brothers and priests and 35 sisters of his Franciscan community. He was preceded in death by his brother Francis.