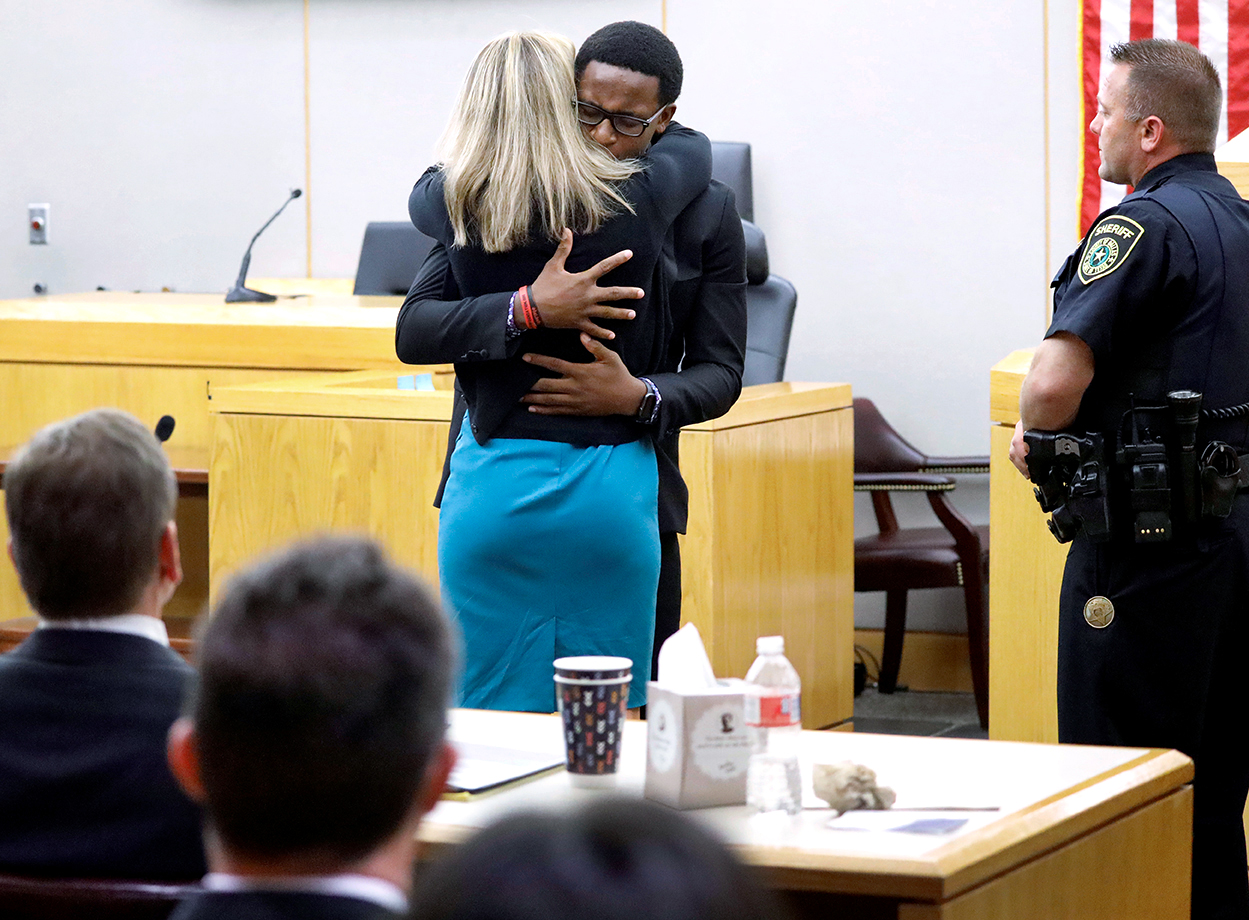 This column was first published in the Oct. 18 issue of THE CATHOLIC EXPONENT, newspaper of the Diocese of Youngstown, Ohio. It was written by Pete Sheehan, editor and general manager.

When I was a young reporter just out of college working for the Niles Daily Times, I covered a murder trial. The case involved, as I recall, a drug deal gone bad and a few people were brutally murdered. One of the suspects pleaded guilty and the other was convicted.

Though I’m admittedly foggy about some of the details, I clearly recall an impromptu conversation outside the courtroom with a brother of one of the victims. The man stood there clearly grief-stricken but calm and resigned to what had happened. He remarked ruefully that he knew the accused “real good.”

Still, he did not speak vindictively. “I’m a Christian. I don’t think that they should have to pay with their lives for his life,” the bereaved brother said, but he expressed concern that at least some measure of justice would be applied, and that society would be protected from the two perpetrators by fitting terms of imprisonment.

I regret that I did not have the presence of mind to write a story about this soft-spoken but remarkable gentleman. Still, his attitude toward those two men who had apparently taken his brother’s life has stayed with me.

I thought of him again recently when I heard about the tragic situation in Dallas, when police officer Amber Guyger, apparently accidentally entered the wrong apartment in her building and fatally shot a young man, Botham Jean, in his own apartment because she mistook him for an intruder. There were racial dimensions to the case as well, with a black victim and a white perpetrator. By most accounts, the case was agonizingly difficult, with compelling arguments offered by both the prosecution and the defense. Ultimately, the jury convicted the former officer and sentenced her to 10 years in prison.

What struck me was that the victim’s brother, Brandt Jean, though tempted to castigate her, told Guyger that he wished the best for her and said that, if his brother were present, he’d want her to give her life over to Christ. He also asked Judge Tammy Kemp if he could give Guyger a hug, which the judge allowed him to do.

Bishop Edward Burns of the Diocese of Dallas, as reported by Catholic News Service, praised the younger brother. “I pray we can all follow the example of this outstanding young man. Let us pray for peace in our community and around the world,” the bishop said.

Judge Kemp, on hearing Guyger say that she did not know how to begin seeking God’s forgiveness, gave the convicted woman a Bible and, at Guyger’s request, gave her a hug. Sadly, the judge was criticized by some for doing so.

This case also reminded me of when I was in Northern Ireland in 1994 covering a Methodist-Catholic group that was trying to learn about and encourage efforts toward reconciliation in Northern Ireland, which was in the midst of decades of often bloody conflict.

Our group met Gordon Wilson, a Methodist draper, whose daughter, Marie, a young nurse, was killed in an utterly senseless Irish Republican Army (IRA) bombing during a Remembrance Day ceremony in Enniskillen, Northern Ireland, in 1987. The bombing killed 11 people and wounded another 63 — including serious injuries to Wilson himself.

In an act that Wilson referred to as coming purely from the grace of God rather than any merit on his part, Wilson forgave those who set off the bomb that killed his young daughter. He asked for prayers and called for no retaliation. I, having lost a sister of similar age six years earlier to natural causes, wondered if I, under similar circumstances, could have been so forgiving.

Of course, Wilson did not stop there, but founded a peace effort, “The Spirit of Enniskillen,” that recruited young people — Catholics and Protestants together — to travel to other countries to engage in conflict resolution. Though he came under some criticism for his prompt forgiveness, others see it as having played a pivotal role in moving Northern Ireland toward reconciliation.

True forgiveness is not easy, but every once in a while, we see people who remind us that, through the grace of God, it’s possible.

Now, it’s up to us to go and do likewise.

— Pete Sheehan, Catholic News Service. Sheehan is editor and general manager of THE CATHOLIC EXPONENT, newspaper of the Diocese of Youngstown, Ohio.