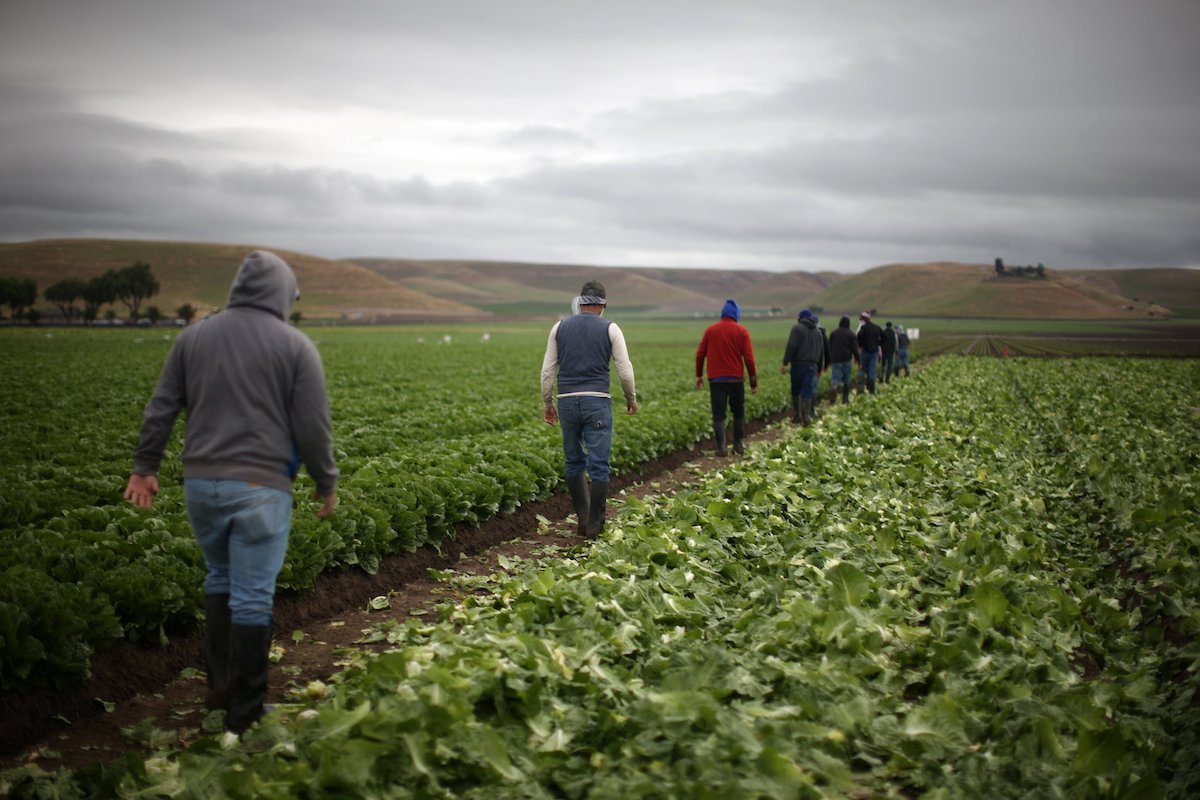 WASHINGTON (CNS) — As COVID-19 vaccinations roll out slowly through the country, some groups are getting the vaccine even more slowly than others.

“It has been really frustrating to see how we have been treated as second-class workers again,” said Lucas Benitez, co-founder of the Coalition of Immokalee Workers based in Florida.

“We have been addressed as indispensable workers, but at the same time as replaceable workers. If you get sick, someone comes and takes your place,” Benitez said in a prerecorded prelude to a Feb. 7 Catholic Social Ministry Gathering Q-and-A session, “Accompaniment of Immigrants During COVID and Beyond.”

“When the pandemic was revealed, when it was announced to the whole world, when the tests started to come out, we farmworkers were left behind,” he said.

“Agricultural workers travel in trucks, they are basically school buses that contractors buy, where we go all packed — 40, 50 workers in a bus, all together. If one of that group is infected, the virus has already spread,” he explained.

“We come home at the end of the day, we don’t have a house with a room for each one, we have to live all packed in a trailer with another — 10, 15 workers. If you were not infected on the bus, the other ones living with you, that don’t work with you but work for another company basically from the same industry, but different companies, have probably already brought the virus home,” Benitez said.

He made a comparison to bullfighters, noting they set out to amuse the public, “but the bullfighter wants to return home safe and sound to hug his family, to get to his children and to be able to sit at the table.”

“Agricultural workers are the same, we go out every day to fight the coronavirus bull,” Benitez said, “but we want to return at the end of the day safely to our homes to be with our family if we have them here, or hoping for our family to know that we are well here where we are, even if our family is in Mexico, Guatemala, Honduras, El Salvador, wherever we come from.”

“We are implementing our power as a community to bring vaccines, but aimed for our community and not for people who come to benefit from our community,” Benitez added. “We have already been exploited in different ways and we will not continue to allow that to happen.”

The Coalition of Immokalee Workers has already distributed thousands of masks and bottles of hand sanitizers to workers in the fields, he said, adding, “We are basically the lung of agriculture in winter season. Ninety percent of the tomatoes consumed in the United States during the winter season come from our region, they come from Immokalee.”

The coalition’s Fair Food initiative has already won agreements with large chains such as McDonald’s, Burger King and Walmart in which they agree to pay more for the tomatoes they acquire in an effort to eradicate both poverty among the workers and abusive behavior by supervisors at worksites. But fighting COVID-19 has taken on equal importance, according to Benitez.

“Basically we have stopped attending Masses every Sunday for fear of infection — we have had to watch the Mass on television,” he said, “but in any case we continue with our faith and hope that justice will reach us and that the vaccine will help us heal a little more and return to the normal life we had before.”

During the Q-and-A, Benitez spoke through an interpreter — he joked that he speaks English “only Mondays through Saturdays.” “People look at the church with a lot of authority.” he said, “so it helps break a wall” if the church urges people to get vaccinated and “people see it coming from their congregation.”