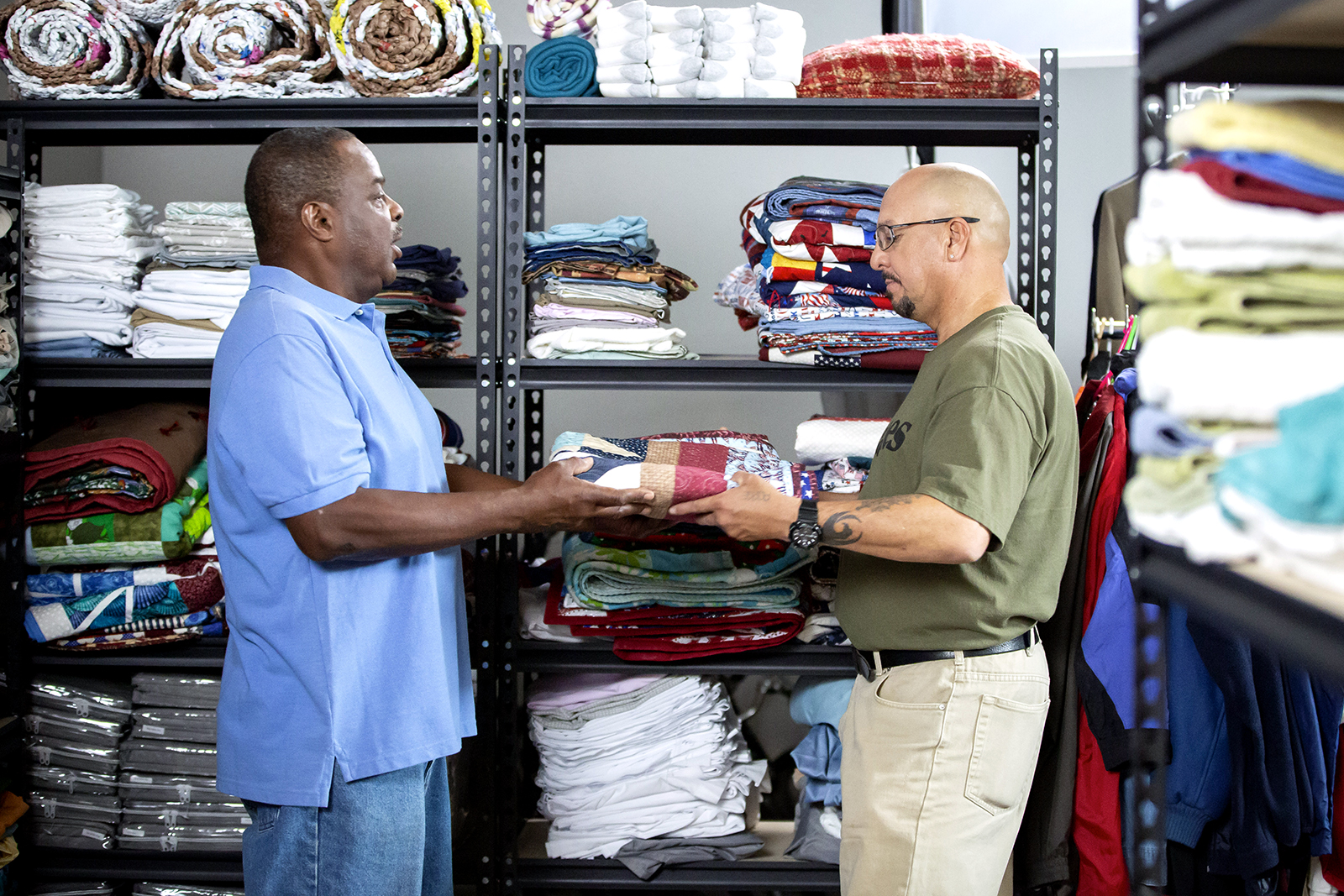 Several months ago, Richard, an Army veteran, had no housing and was camping in the woods after he left his job to take care of his father in Utah who had cancer. He had returned to Northern Arizona for a job that fell through, and he didn’t have the money he needed for a down payment and first and last month’s rent on an apartment without steady employment.

He discovered Catholic Charities Community Services’ veterans program and the agency helped him rent a cottage for six months. Catholic Charities representatives also gave him food and basic necessities and are helping him find a job.

“The experience was outstanding,” he said of the program. “They treat everyone as a person of value and worth.”

In Northern Arizona, Catholic Charities helps veterans find affordable housing wherever they can in Yavapai, Coconino, Mohave and Navajo counties.

“We have veterans who are fresh out of enlistment in the military and some World War II veterans we are serving, both male and female,” said Darrel Reynolds, Prescott site director and senior program supervisor for Catholic Charities’ PATH (Projects for Assistance in Transition from Homelessness) program.

“We find the veterans, assist their needs and meet them where they are at. If they are in hospitals, shelters, forests or the streets — that is where we meet them.”

Reynolds said the agency serves about 500 veterans per year.

After putting their lives in jeopardy for our freedom, many veterans find themselves alone in dealing with trauma from combat and experiencing homelessness.

Barry, a veteran who left his job and housing to go to a residential treatment program in Prescott, also needed housing when he entered the outpatient phase of his treatment. Barry said Catholic Charities was instrumental in finding him an apartment and supplying him with other necessities for his successful transition.

“My experience with them could not have been any better,” he said. “It was an incredible experience from start to finish.”

In Phoenix, Catholic Charities has the MANA House, which stands for Marines, Army, Navy and Air Force, a transitional living facility where male veterans stay for about six months. Last year, the facility served 162 men. There, veterans not only receive housing, but they also attend programs that help them with career counseling and enrolling in veterans’ and social security benefits. Catholic Charities even offers them social programs that teach camaraderie and teamwork and build their self-worth.

Reynolds said funding from the Charity and Development Appeal helps them operate their programs.

“Any funding we get will help our veterans and their families,” Reynolds said. “The sacrifices they made in serving their country and serving us — that is important and the reason why we do it.”